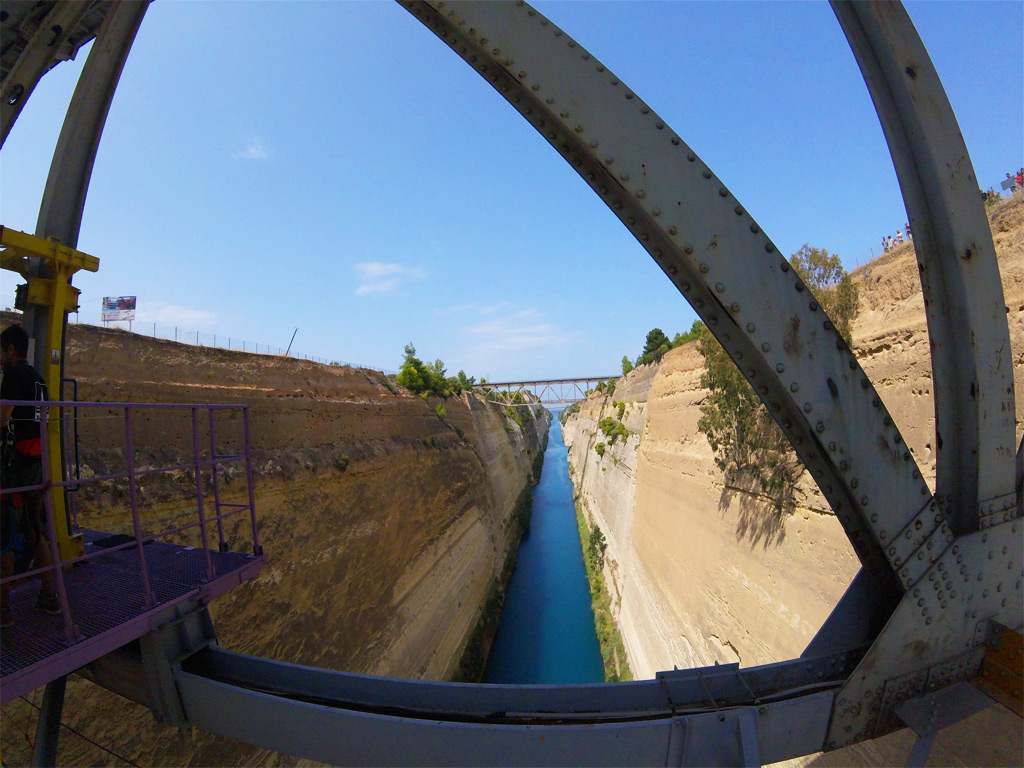 It has not been exactly smooth sailing during the past couple of years and the pressure building up inside me was becoming untenable by late August, the peak of the high season for us working in tourism. I needed some sort of quick release for all that steam, an adrenaline rush, a radical change of perspective, a jolt, a reboot… I decided to jump off the bridge of the Canal of Corinth, safely tied from a rope of course, bungy jumping in other words!

I was lucky enough to find a willing partner for this little middle-age folly in my very young friend Christie. Off we went, children and all, to the famous Canal of Corinth, to cross it, this time vertically. We were welcomed there by my friend Sotiris, co-owner of Zulu Bungy, who happily obliged us. His team tied us up safely and placed us at the edge of a platform in the middle of the bridge to face the literal void, which I aimed to conquer courageously in order to create some metaphorical void in my head, thus allowing my thoughts to expand anew and afresh in a cleansed mental space. I counted to 3 and pushed away from the platform, in what they said was a very elegant jump! Some nanoseconds of stupor in which I just had enough presence to freak out, before reaching the bottom, the end of the rope, and realising that I was still alive, that it was ok and I that I had started bouncing up and down laughing half-hysterically, because I had survived and all this bouncing in mid-air was fun really. 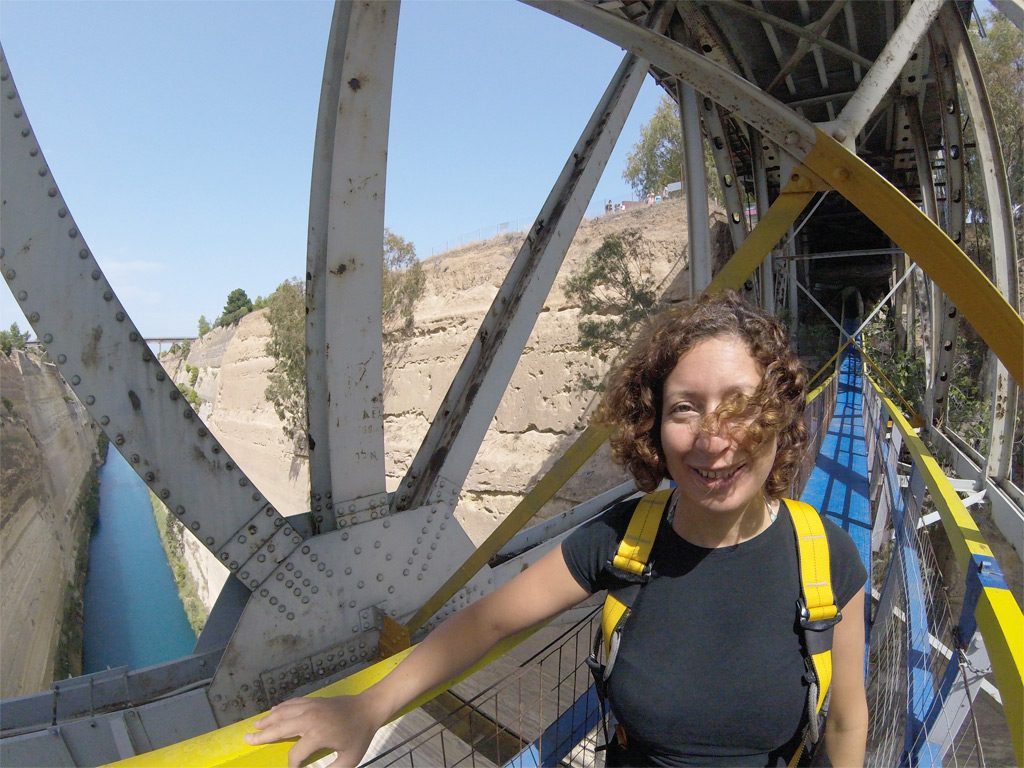 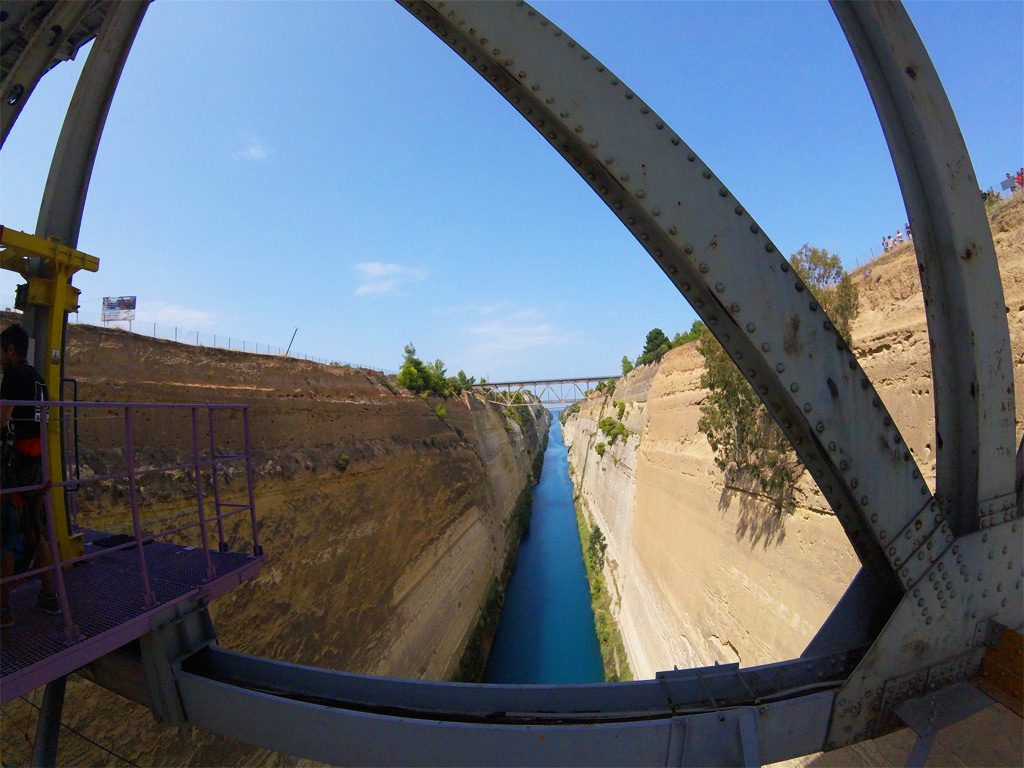 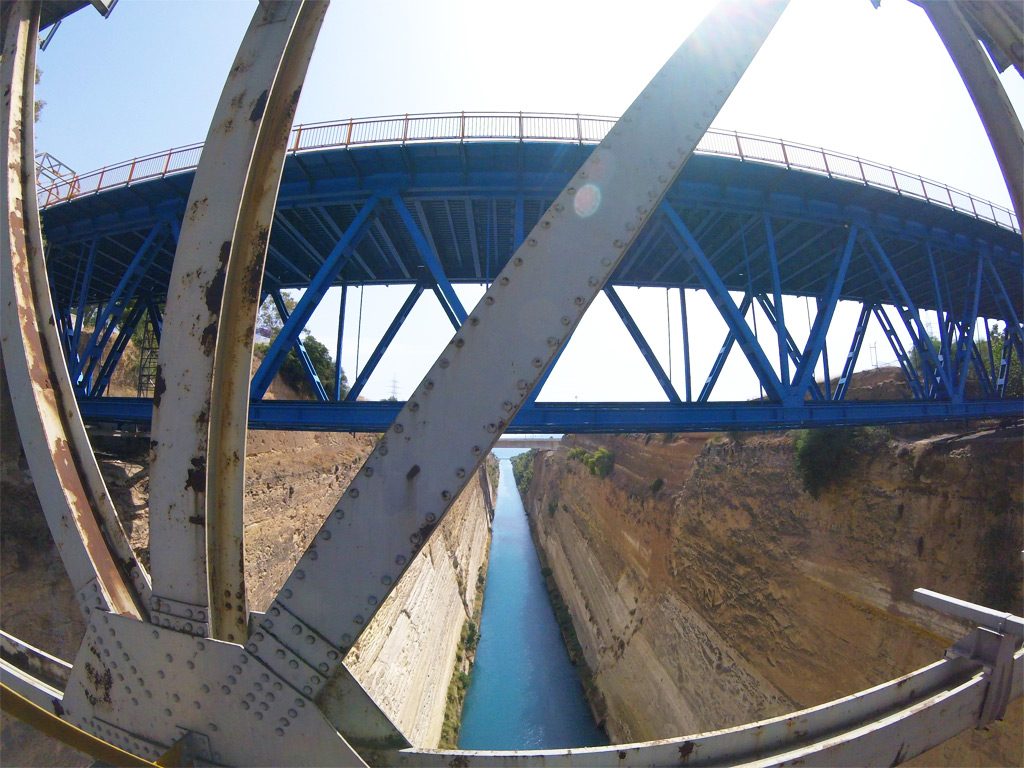 Was I cleansed of all the pressure? Was there mental space created for the expansion of my creativity? Probably not. But I did depart the premises with the wish to repeat the experience, feeling that next time I would be free of the fear of crashing to the bottom and that I would therefore be able to enjoy the feeling of the literal void, the feeling of disregarding that oppresive force which is gravity, the feeling of physical freedom.

The best moment though was when I tried to justify myself for doing something relatively dangerous, to my daughter. I stammered something along the lines that « adults occasionally do dangerous things, because they like to have fun too, bla bla », only to receive the response that «what you did was not dangerous because you were tied by a rope. If you did not have the rope, that would have been dangerous!», grounding me pitylessly, deflating me, leaving me no space  to be proud of my courage!

Read more about bungy jumping in near our hotel by clicking here.