Winter family hike to the peak of Dourdouvana 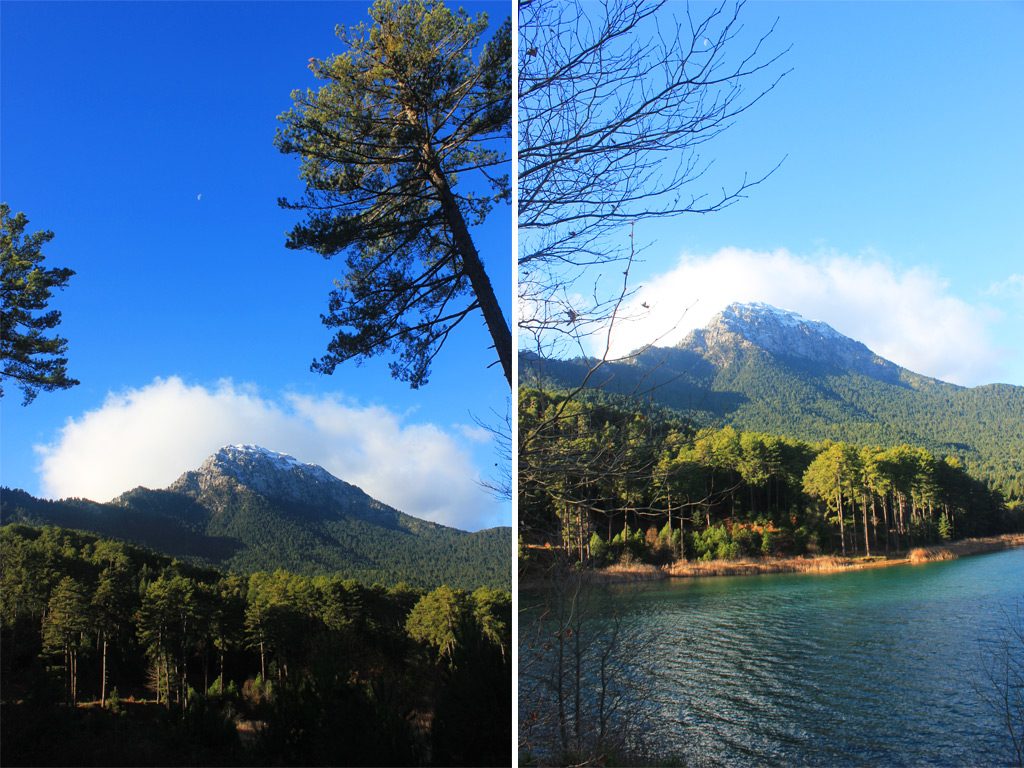 My partner Nick has been hiking up the mountains of our area, Corinthia, ever since he moved here a couple of years ago. During this time, a pregnancy and a year of breastfeeding kept me by the beach. But last weekend I decided that the time had finally come for me to join one the mountain excursions he organises with his travel community Greekly. 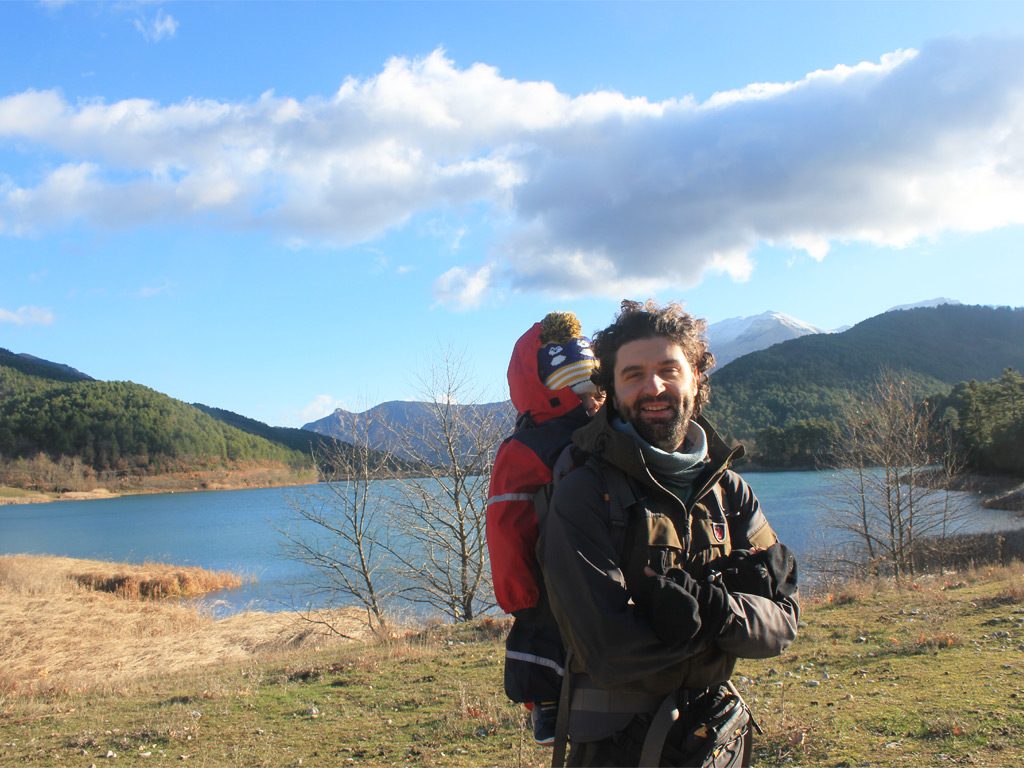 His plan was to rise early on Sunday and then drive from our hotel in Sykia to Lake Doxa, where the hike begins. I counter-proposed to spend the night in the picturesque mountain village of Goura near Lake Doxa, at our friend’s Dimitris Kyriakopoulos’ hotel « Olvios ». It proved a nice idea. « Olvios » has spatious rooms with splendid views of the precise peaks we were going to climb. 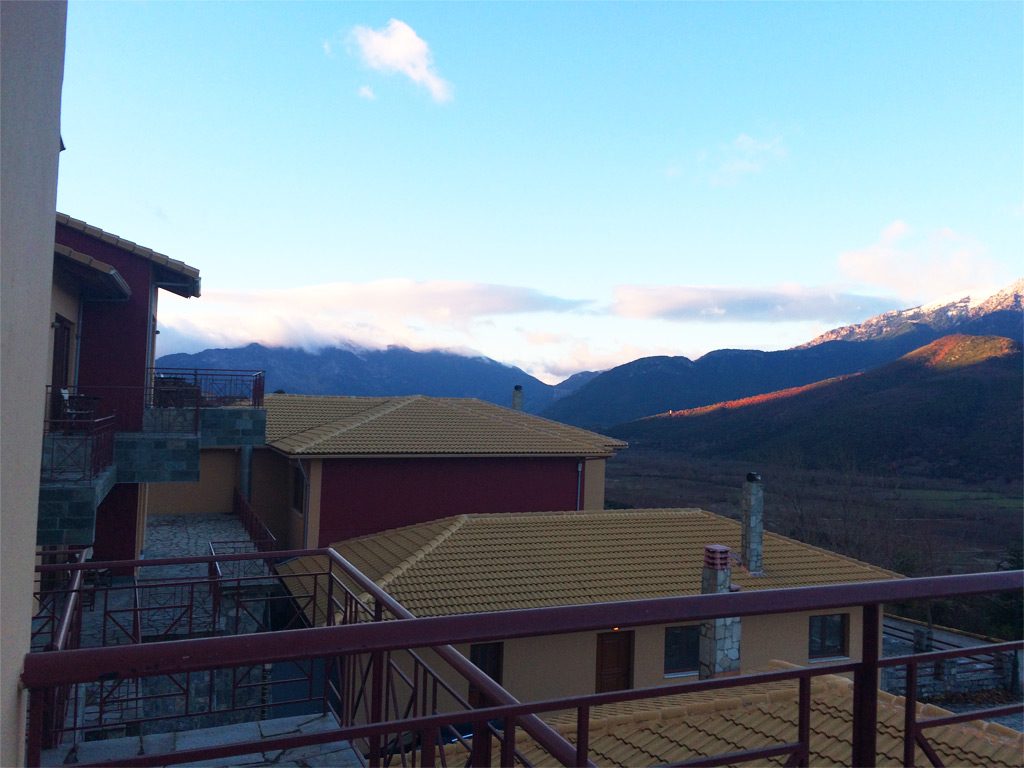 We spent a pleasant evening with the family and friends who made up our little hiking group, eating local gastronomy at « Iro’s » in the small village of Steno and went to bed early, in order to be nice and fresh in the morning.

Throughout the night it rained and the wind blew so strong that there was a power failure for some hours, leaving us with the perfect darkness to enjoy the amazing starlit night sky. The morning brought a nice winter sun shining its rays on the peak of Dourdouvana opposite the hotel, motivating even the most hesitant among us (me !) to go for it ! Dimitris bid us farewell with packed breakfast boxes for each one of us, containing fruits, raisins, nuts and local pies. 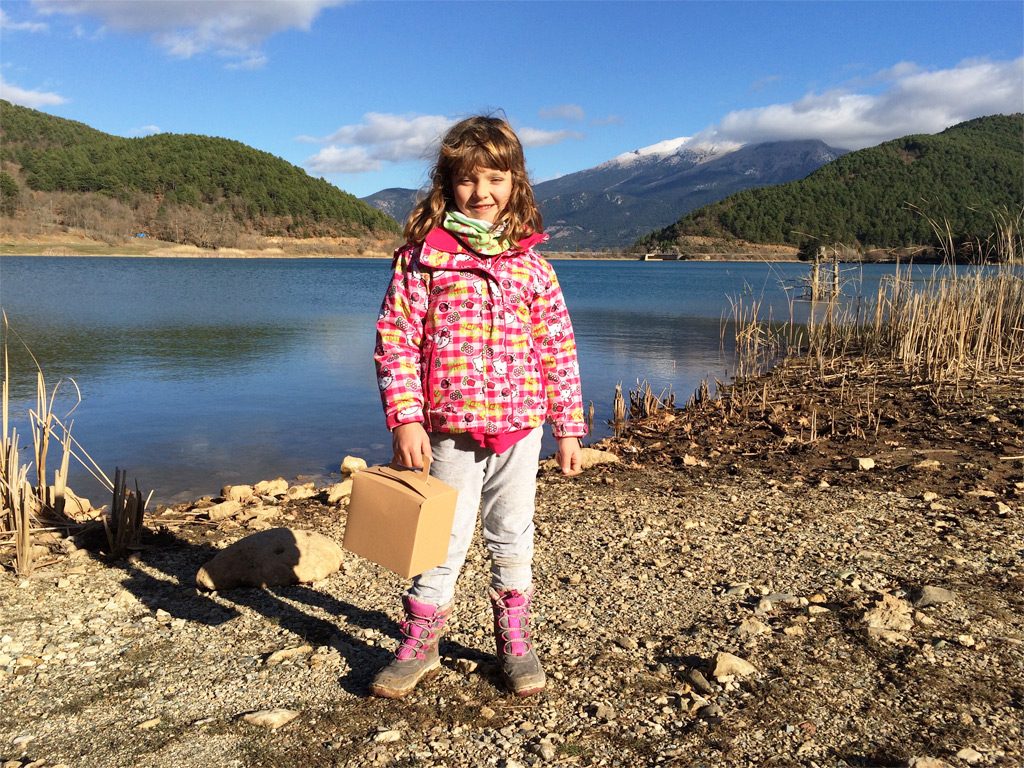 Our family & friends party consisted of children and adults whose ages ranged from 15 months to 50 years. We parked by the photogenic Lake Doxa and started our hike, which we had calculated to be 3 hours uphill and 2 hours downhill for those who would reach the peak of Dourdouvana and fewer hours for those who could not make it to the top and would turn back earlier. The itinerary took us through a beautiful forest of fir trees, with splendid views all along the way. The climb, however, was steep and with children and babies it proved difficult to keep our pace steady. 3 hours later we were just mid-way! Being December, we knew that we did not have so many hours of daylight, so the slowest of us (I was one of them…) went back to the lake and returned to the hotel to enjoy a well-deserved hot chocolate by the fireplace. Bliss! Those who continued had to face ice at the very top, a true adventure! Well, it was December after all! 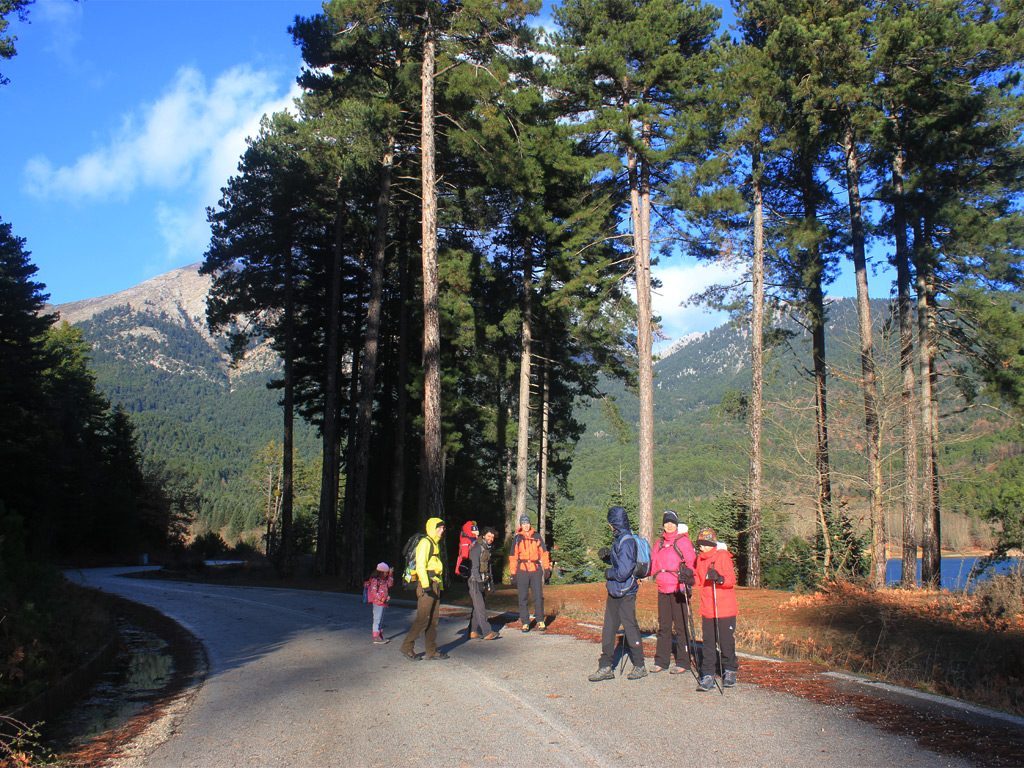 We all met up once more at « Iro’s » in the village of Steno, where a streaming traditional soup, made with Feneos PDO « vanillia » beans and assorted vegetables, awaited us. There is nothing better than good exercise in nature, followd by hearty and tasty gastronomy! 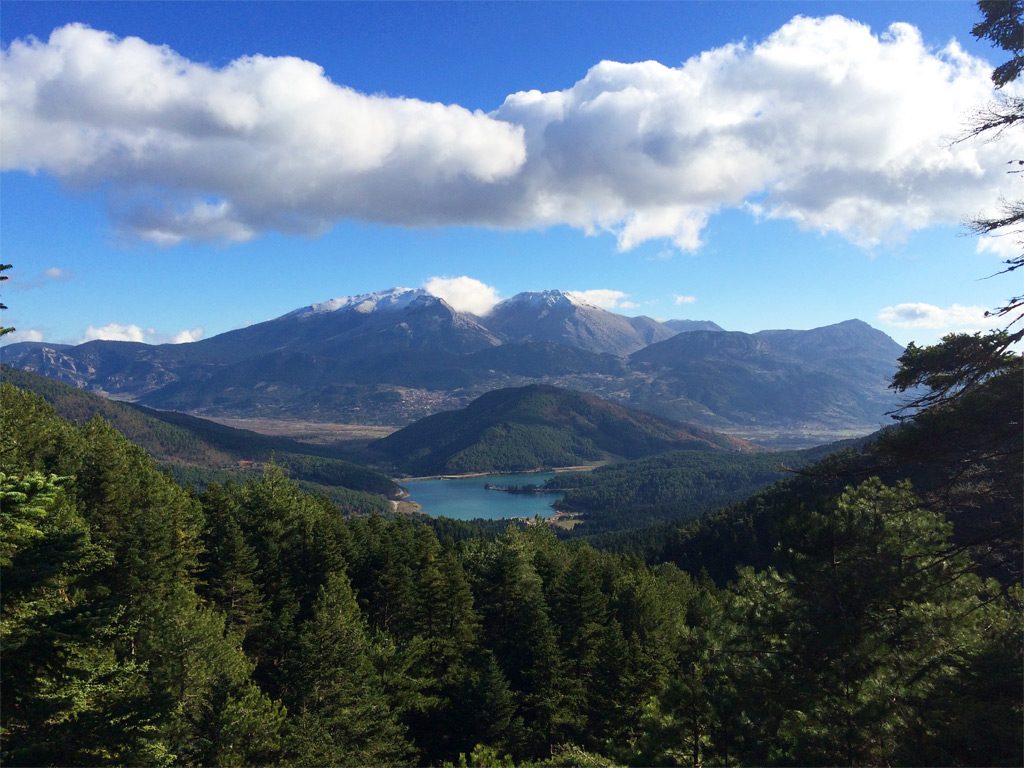 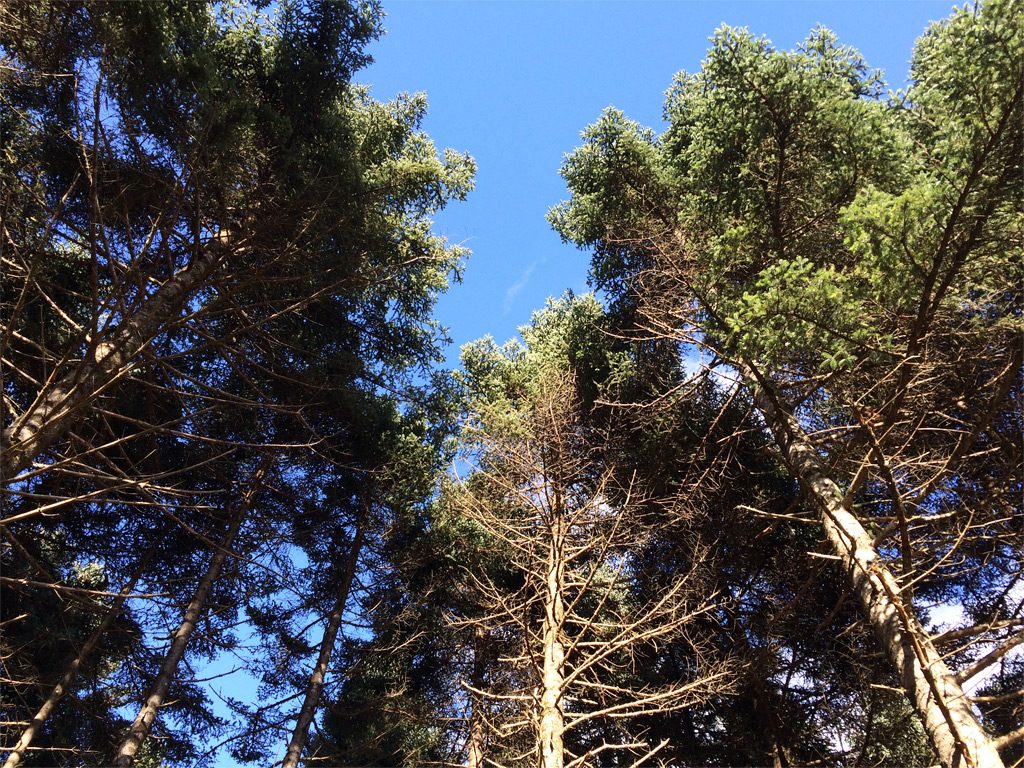 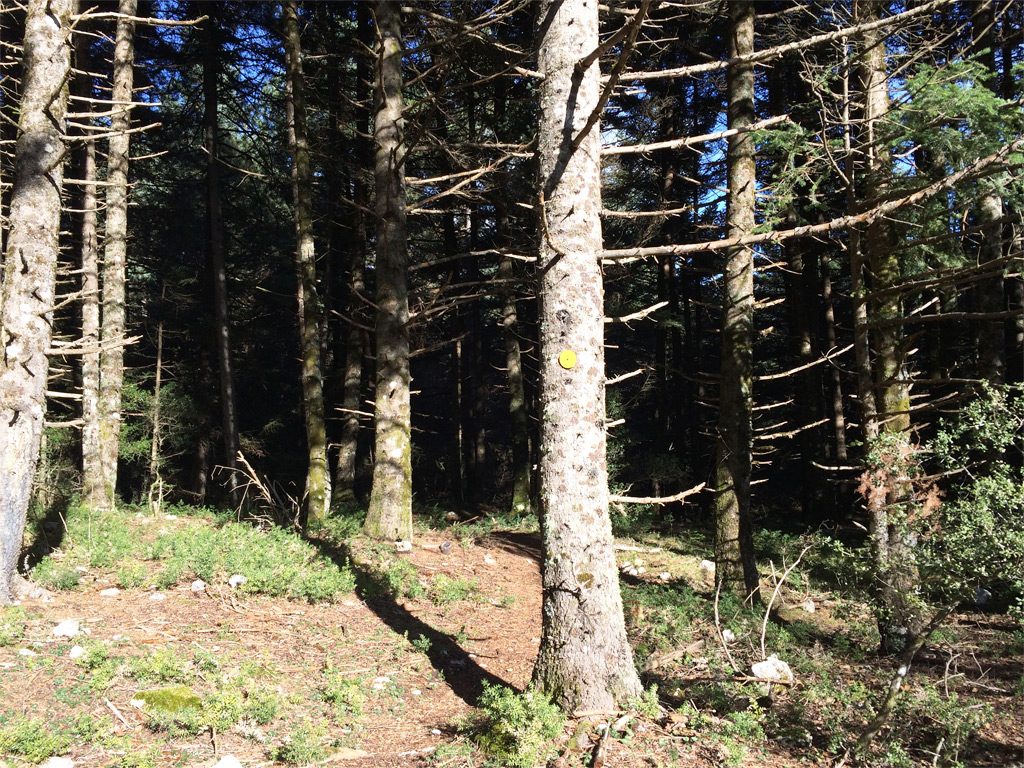 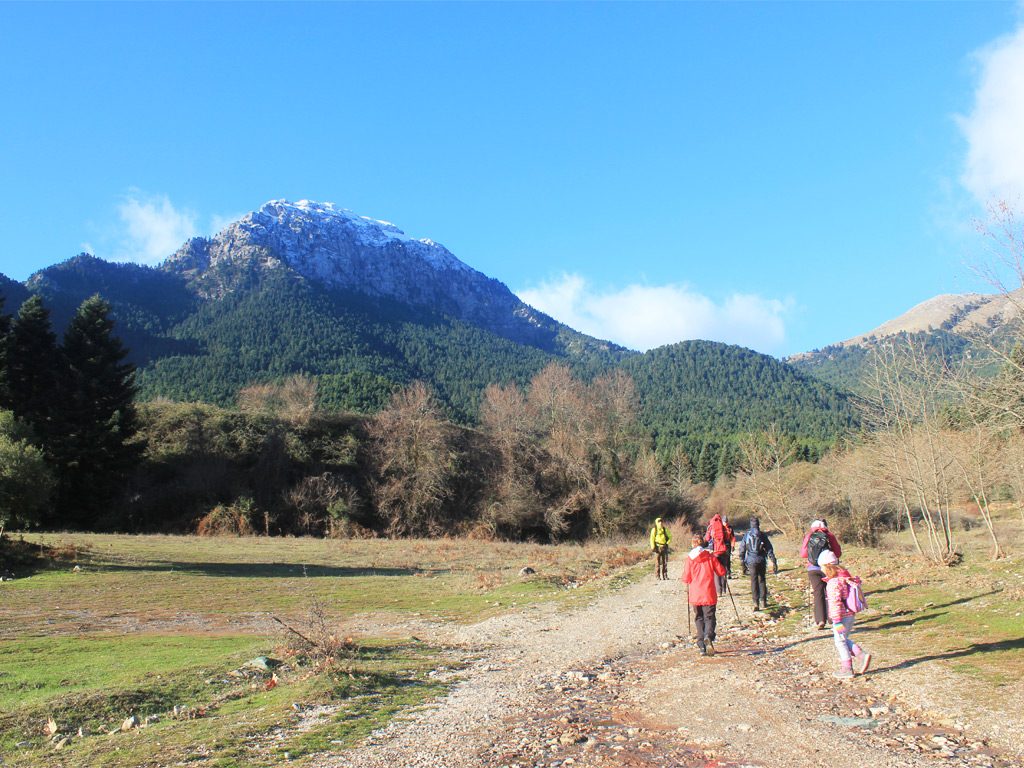 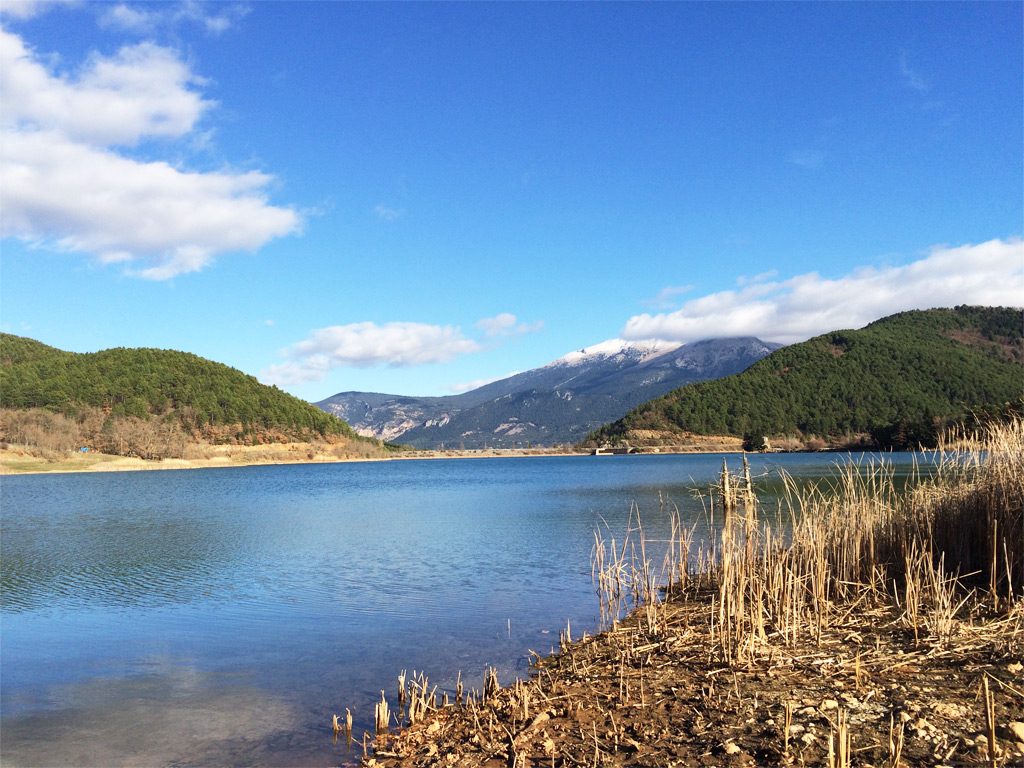 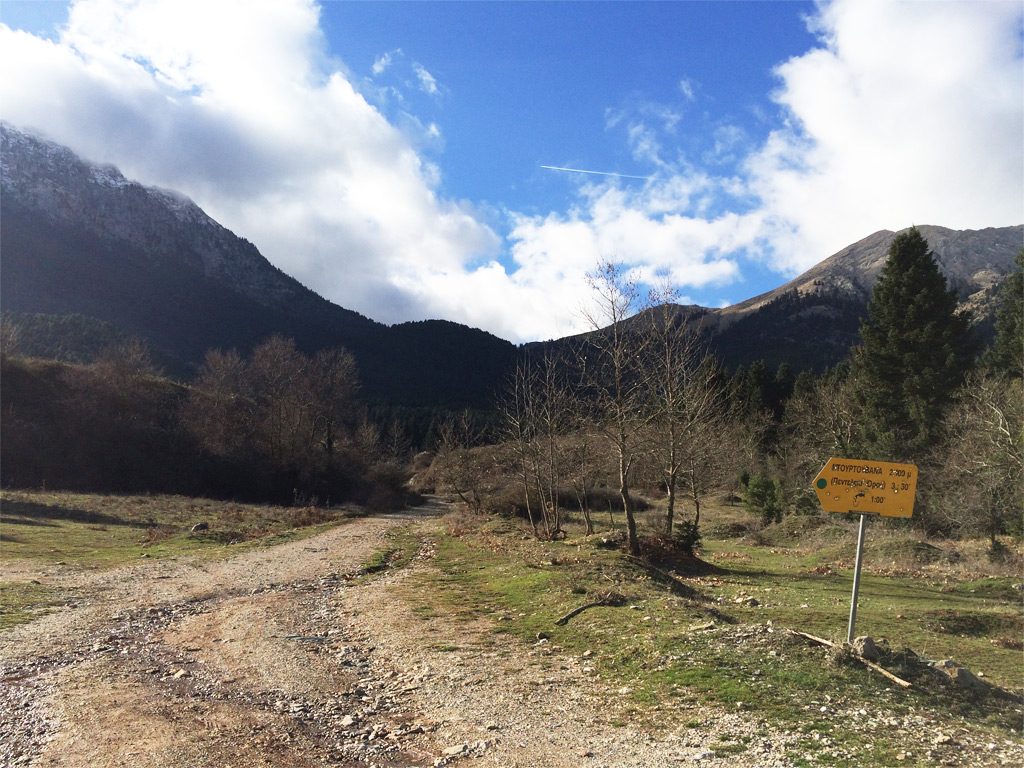 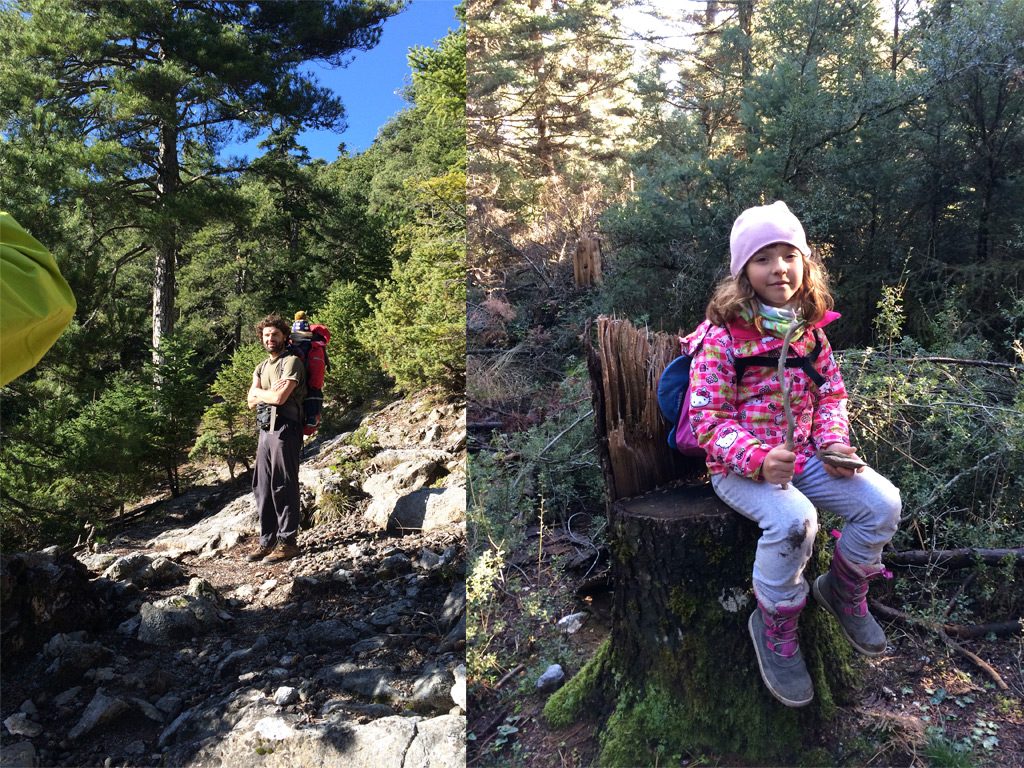