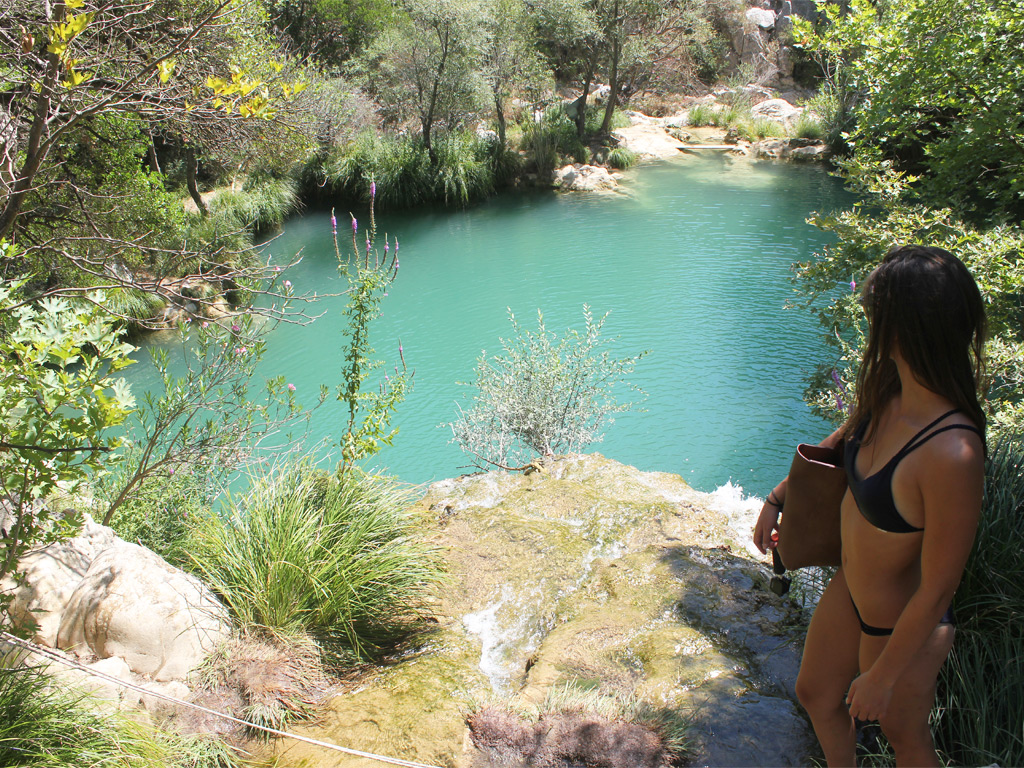 My Russian friend Victoria and I had visited Polilimnio some years ago, on one of our on-the-spur-of-the-moment inspirational escapades. Back then a German guest had at talked to me about the place of many lakes and I was intrigued to discover something that I had previously not even heard about.

It had been just Victoria and me then, but this summer Victoria wanted to show Polilimnio to her family. I thought it was a good idea, so off we went, two families with children and babies and friends, a merry group setting off towards the half-unkown in high spirits.

We arrived at midday in mid-August, which was as bad an idea as anyone has ever had. The place of many lakes was teeming with far too many tourists, so that even walking on the small path was a struggle. We arrived as far as the biggest waterfall, which is also the highlight and there we swam (Christie even jumped from the high rocks!) and took some pictures. Then the group split in two: the more adventurous continued climbing in search of more lakes, while the least adventurous along with all the children headed the opposite way, towards the least visited lakes. This proved an excellent idea, as there is a string of akes with crystal turquoise-green waters shaded by thick foliage waiting to be discovered and enjoyed by those who prefer the lesser-known highlights.

We spent a few hours just going from lake to lake, jumping in and out, exploring and enjoying!

Hungry and tired we then drove to the taverna “Vrachos” in Petalidi, where we had an excellent lunch overlooking the sea. A good end to a good day! 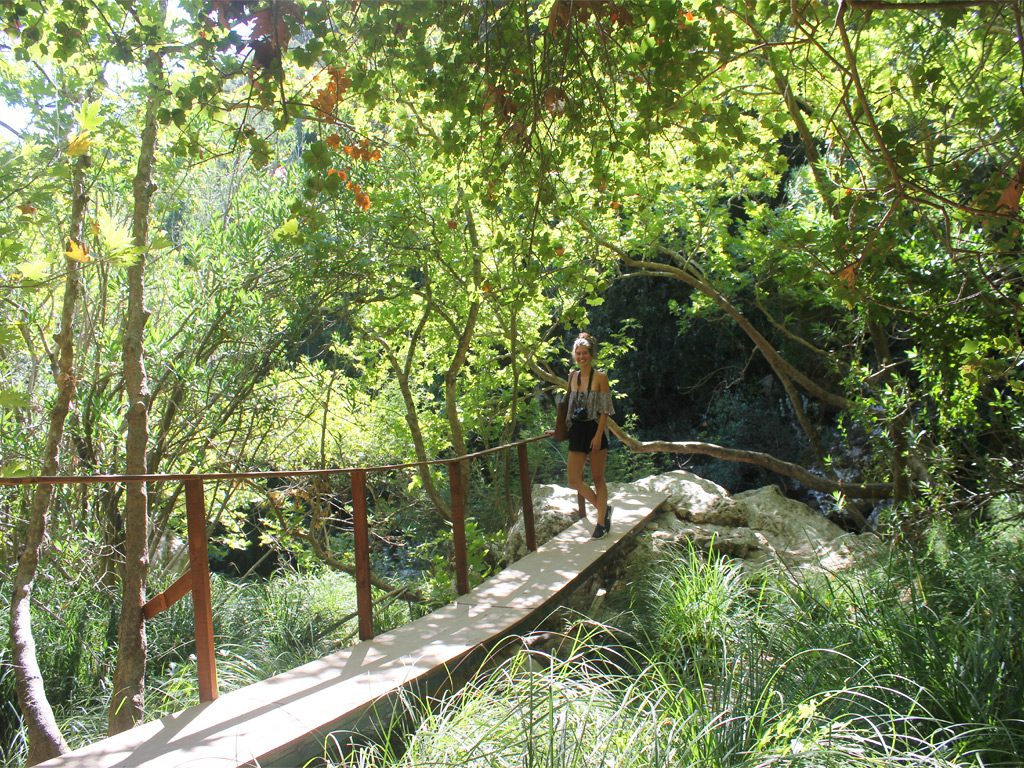 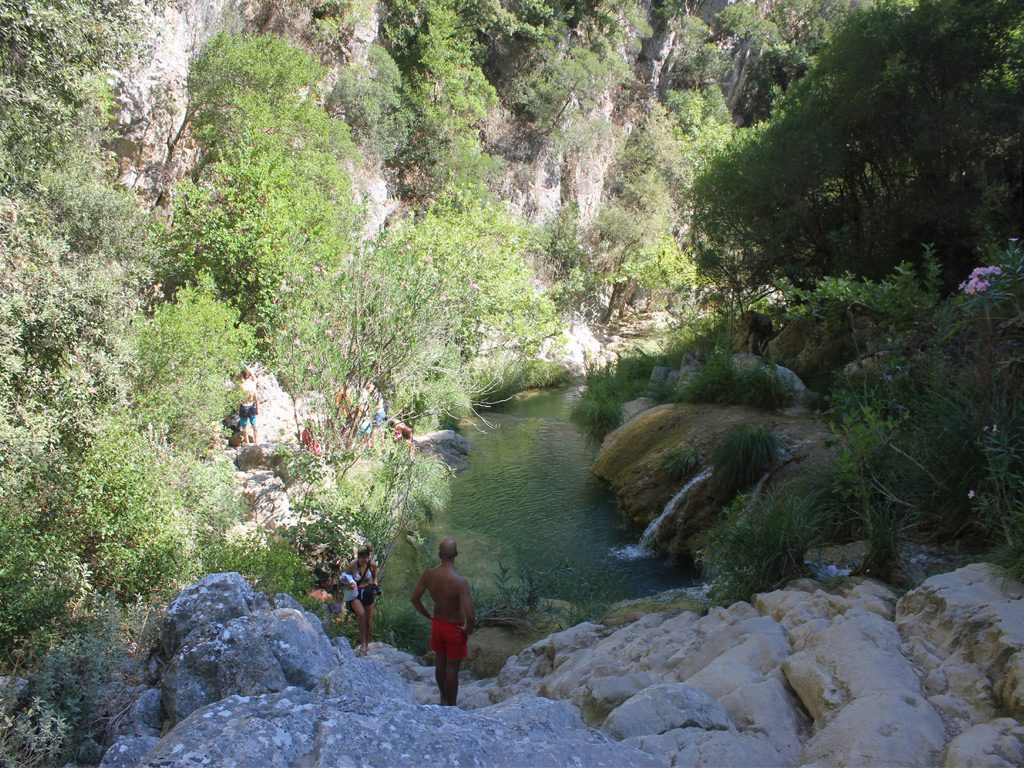 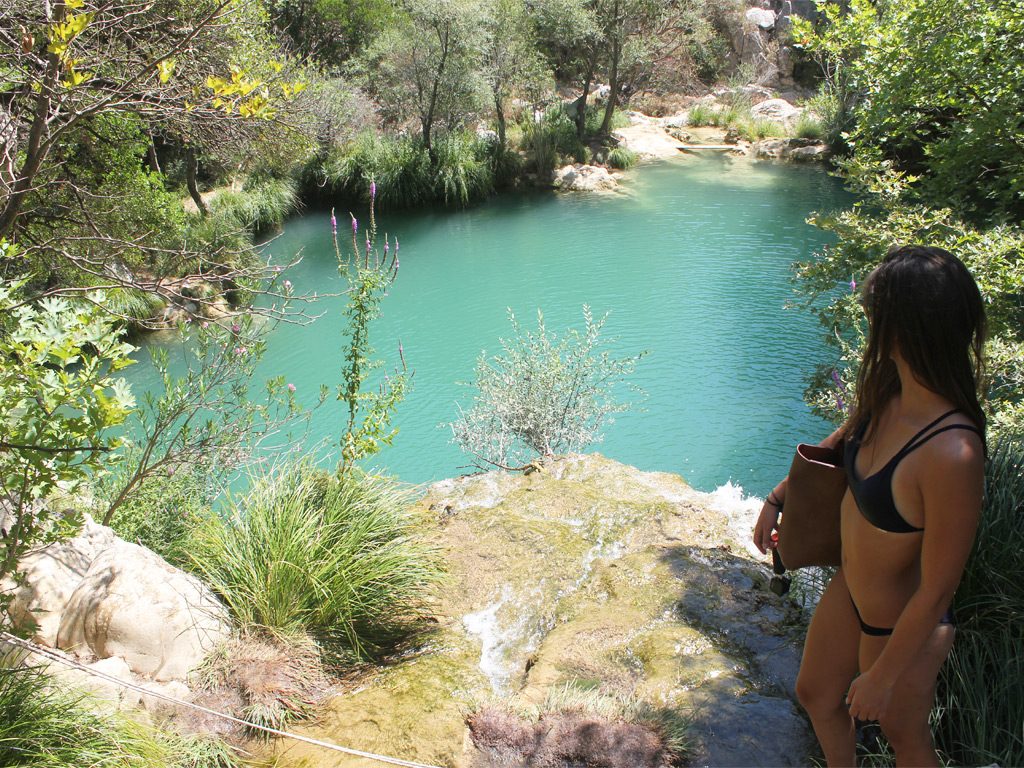 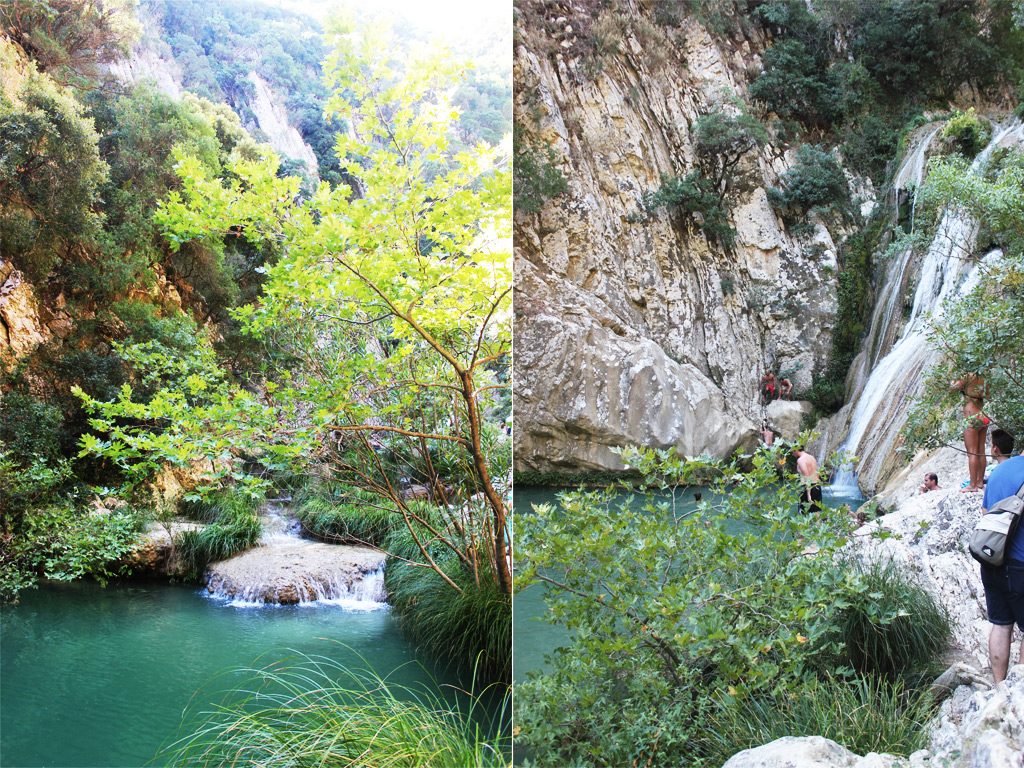 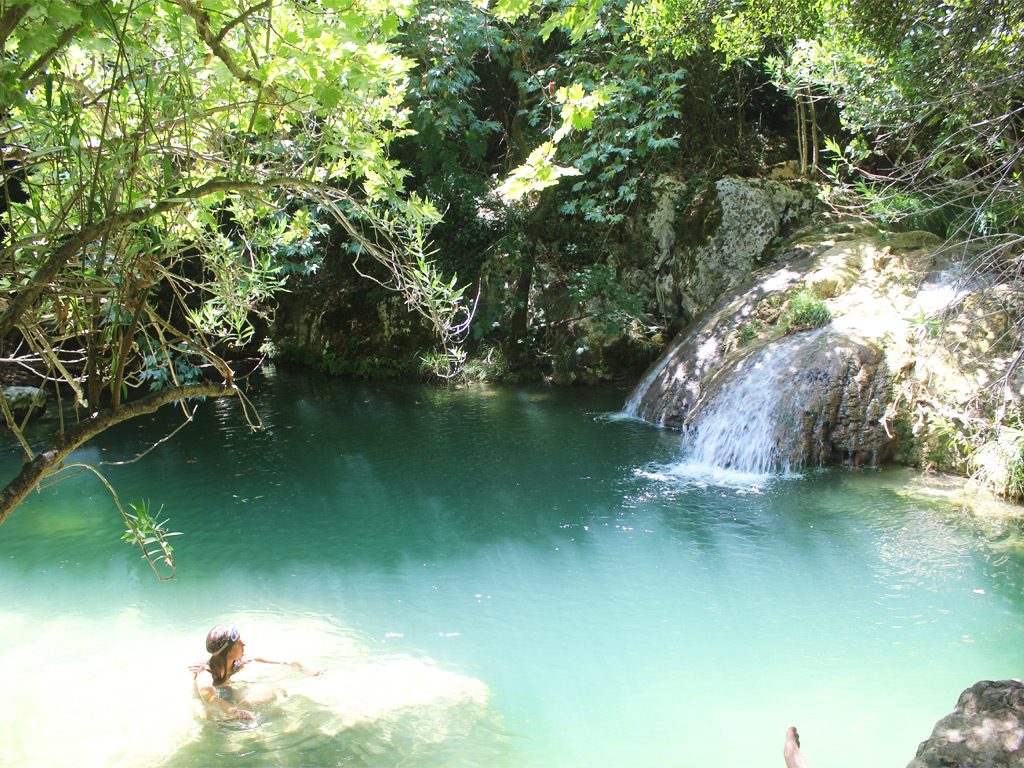 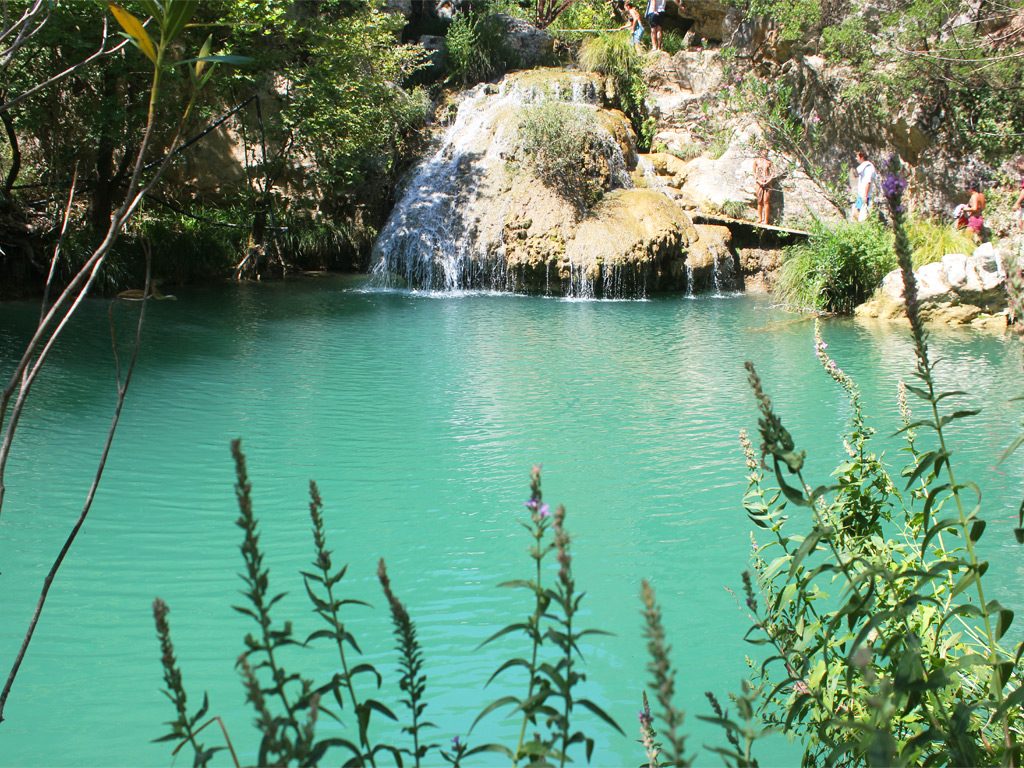