Railbiking over the Saronic Gulf 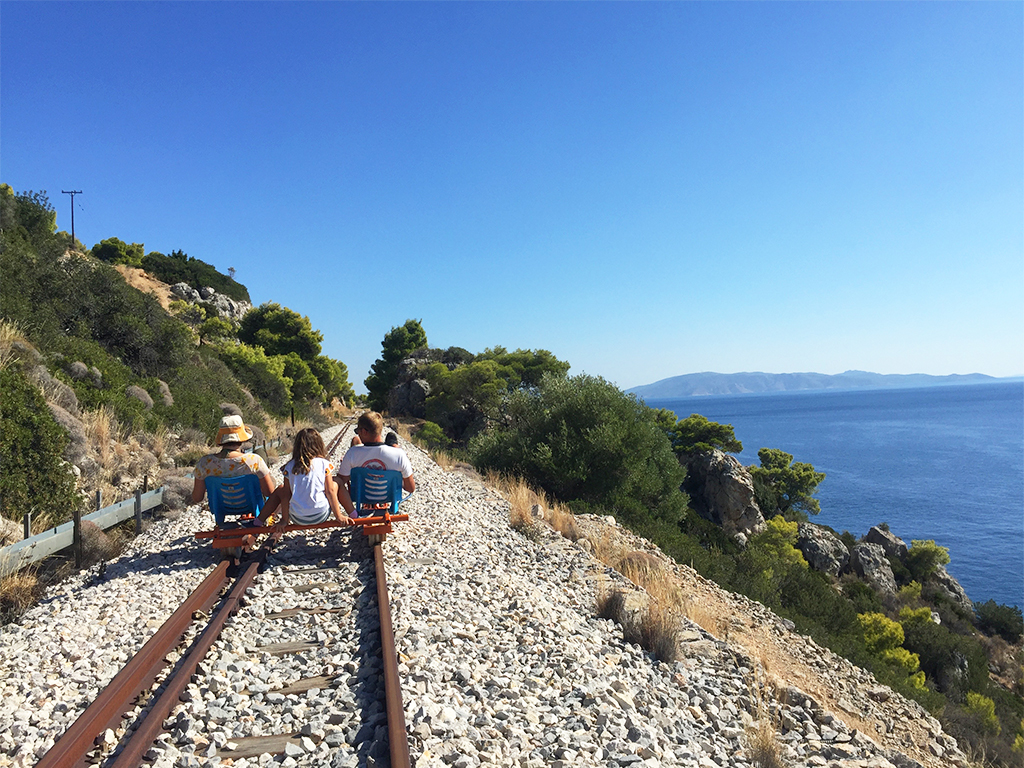 Railbiking over the Saronic Gulf

I was intrigued by the concept of railbiking long before I tried it. It was probably the combination of cycling, which I love doing (as long as it is at an even altitude and not uphill!) and trains, which is my favourite mode of transport by far. It was probably also the slightly decadent aura of abandoned rail tracks, passing through picturesque scenery and linking once-upon-a-time important countryside towns. Whatever it was, I was dedicated enough to the idea to do research on the web, send letters to local authorities prompting them to consider re-opening the old tracks for rail cycling, and finally discovering the newly created Greek railbiking company Railbiking !

A few emails, phone and skype calls with co-founders Artemios and Konstantinos later and we were on our way to the city of Megara, midway between the airport of Athens and our hotel, Daphne’s Club Hotel Apartments. We were warmly welcomed at their starting point and made to comfortably sit in two specially created railbikes. 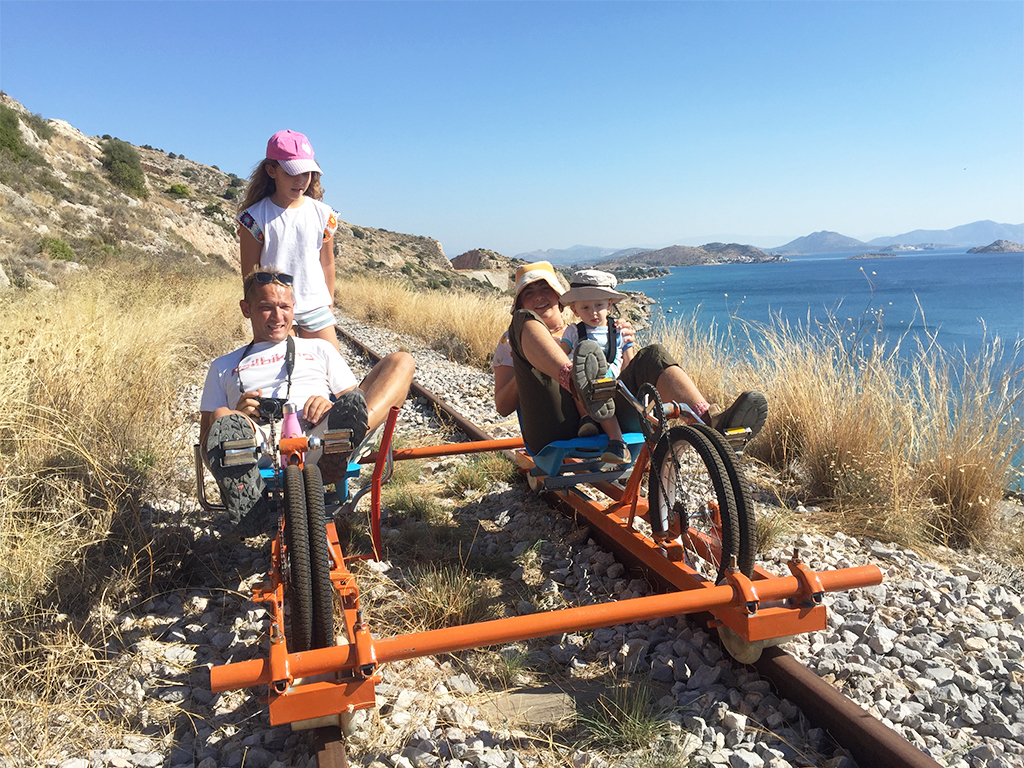 The itinerary was truly breathtaking. We were cycling high above the coastline of the Saronic Gulf, enjoying one of the most beautiful sea views in mainland Greece. The sea was a healthy and vibrant deep blue, with protruding brown-green tips, the islands scattered everywhere in the Aegean Sea. 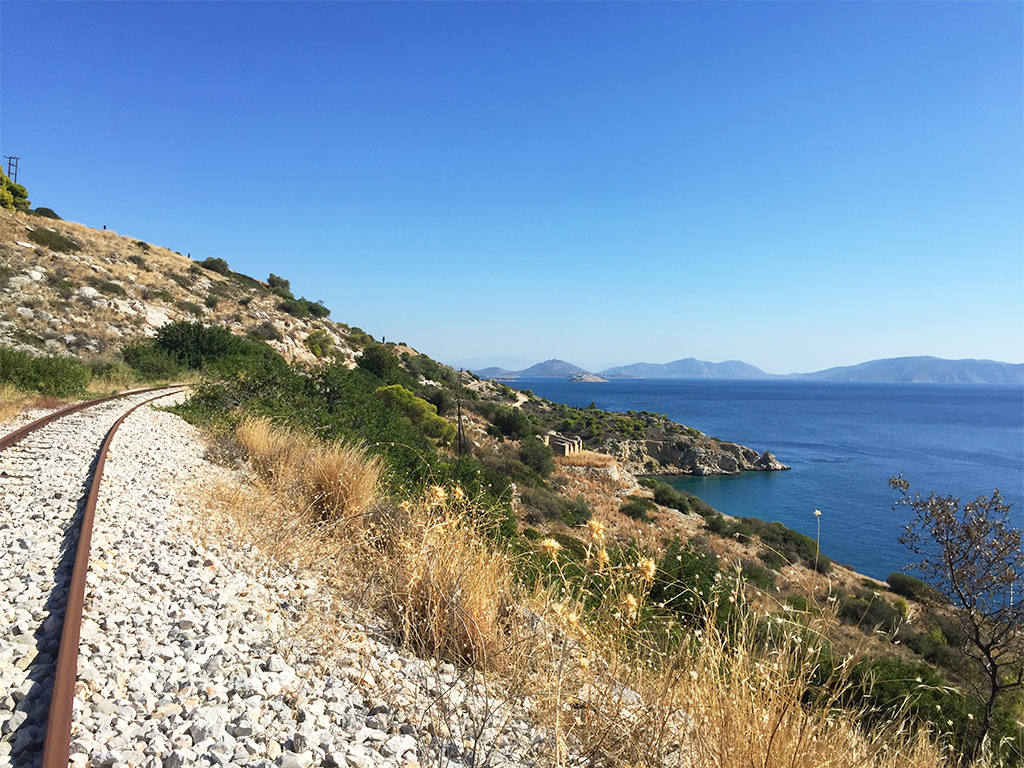 Being October it was sunny and warm, but not too hot to be under the luminous Greek light. There was also a light breeze freshening us up and sending little white ripples through the blueness of the sea. The itinerary we cycled, which was still at experimental phase at the time, was one-hour long, about a kilometre each way. We rode at a relaxed pace, enjoying the landscape and allowing the children to participate in the peddling too!

We had a well-deserved ice-cream when we disembarked, went for a dip in one of the little green-blue coves below the tracks and then for a sumptuous lunch in the seaside town of Agioi Theodoroi on the way home! All in all an excellent excursion! 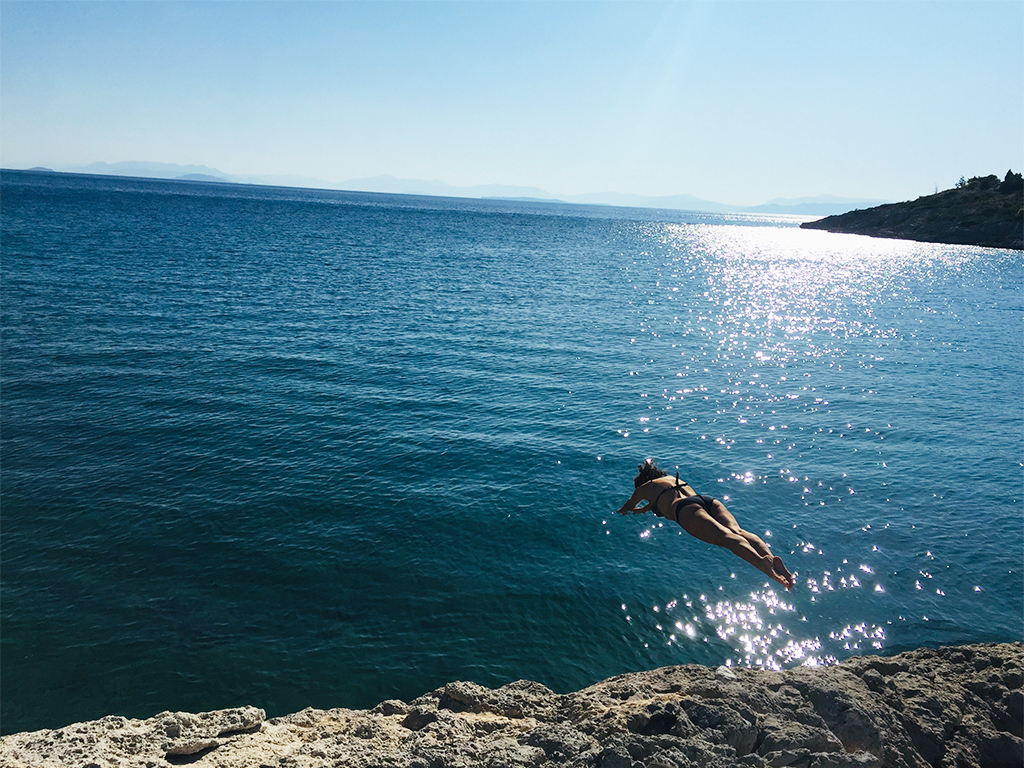