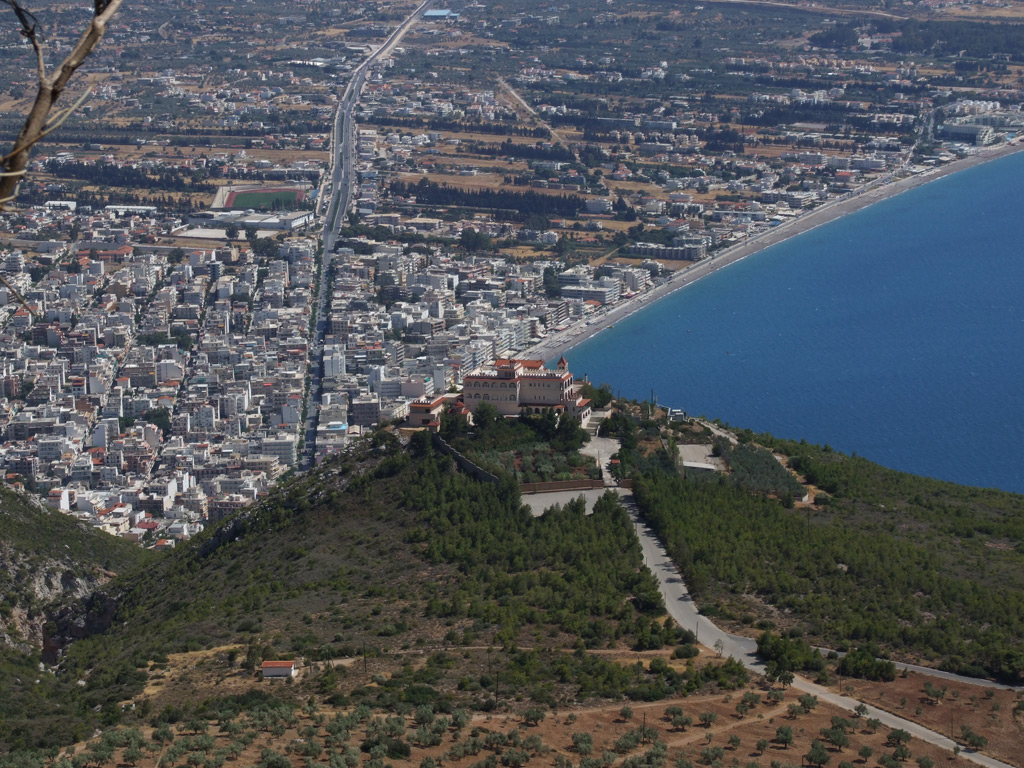 Our guests usually love travelling and exploring as much as we do! Here you will find some of their own discoveries and suggestions.

Barbara and her belly dancing group, who stayed at Daphne’s Club in September 2006 loved their trip to the old town of Nafplio. Beautifully preserved, this 19th century town was the first capital of modern Greece (1828). It was also here that its first governor, Ioannis Kapodistrias, was murdered by his political rivals in 1831. To reach Nafplio head towards Corinth on the new road, then follow the signs south to Nafplio. 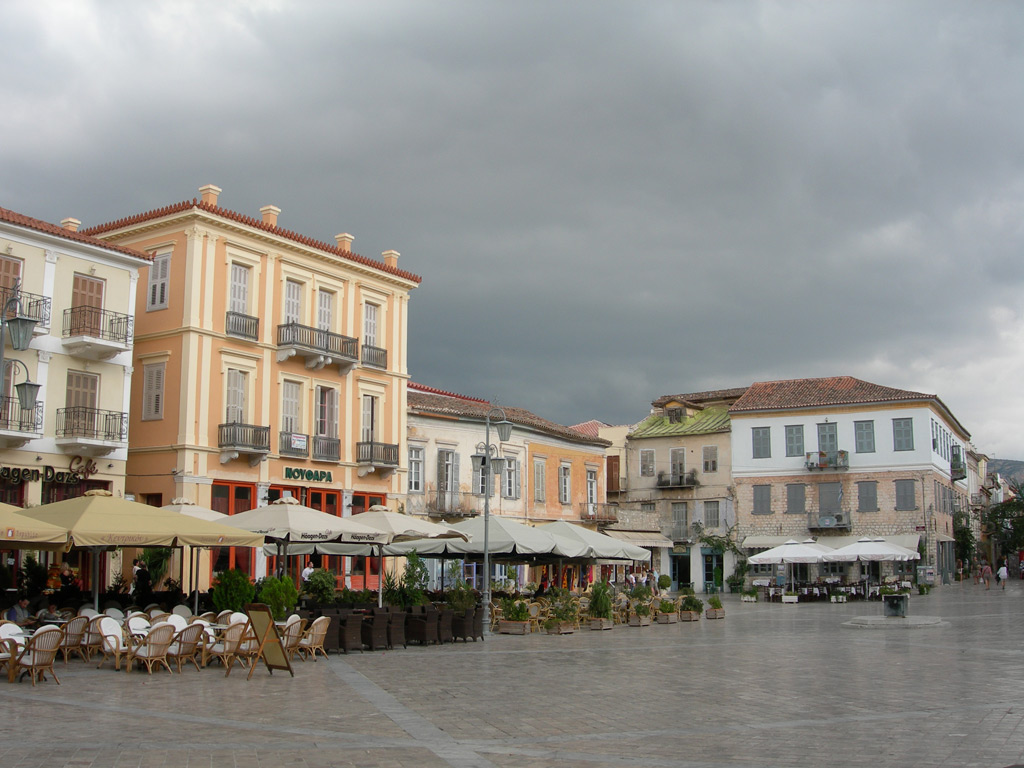 Victor and his group of Russian policemen, who visited Daphne’s Club in April 2009, also visited Nafplio. Their guide took them up to the Palamidi castle, whose medieval walls tower over the picturesquel town.

Ekrem, who stayed at Daphne’s Club in April 2007 suggests a trip to Loutraki. Famous for its mineral water and newly renovated spa, it is also famous nowdays for its casino. Loutraki has a pleasant beach-front promenade where you can walk, stop for a bite in one of the numerous fish tavernas or swim in the sea. To get to Loutraki from Daphne’s Club follow the coastal road to Corinth, then continue along the road parallel to the sea. You will reah Loutraki in about 50 km. 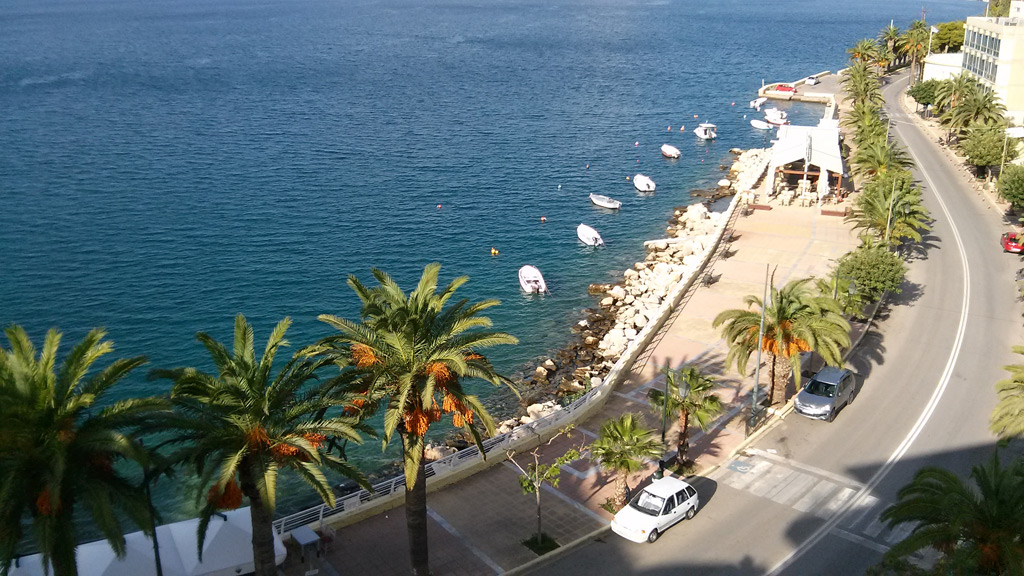 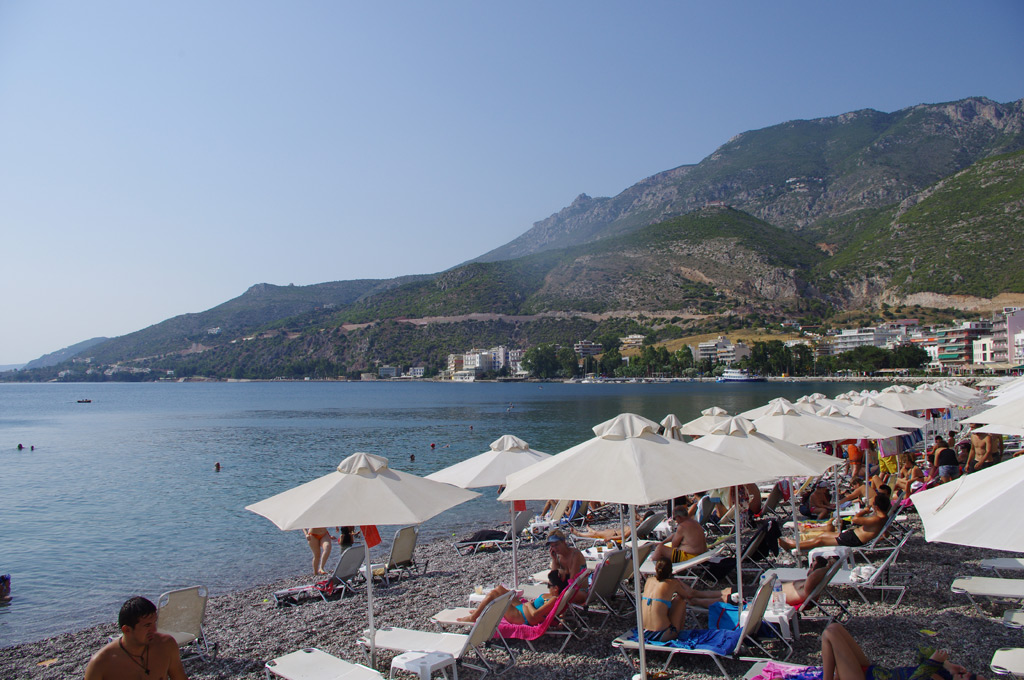 The bridge of Rio

Pavlina, Thodoris, Lena, Xanthi, Dimitris and Giannis (otherwise known as the Thessaloniki team!) suggest an excursion to the city of Patras and the crossing of the impressive bridge of Rio. This is the bridge that links the west Peloponnese to mainland Greece. It took years to design and built and is now one of the most beautiful modern specimens of engineering in the country. To get to Rio follow the old or the new national road to Patras. You will signs for the bridge before you reach Patras. 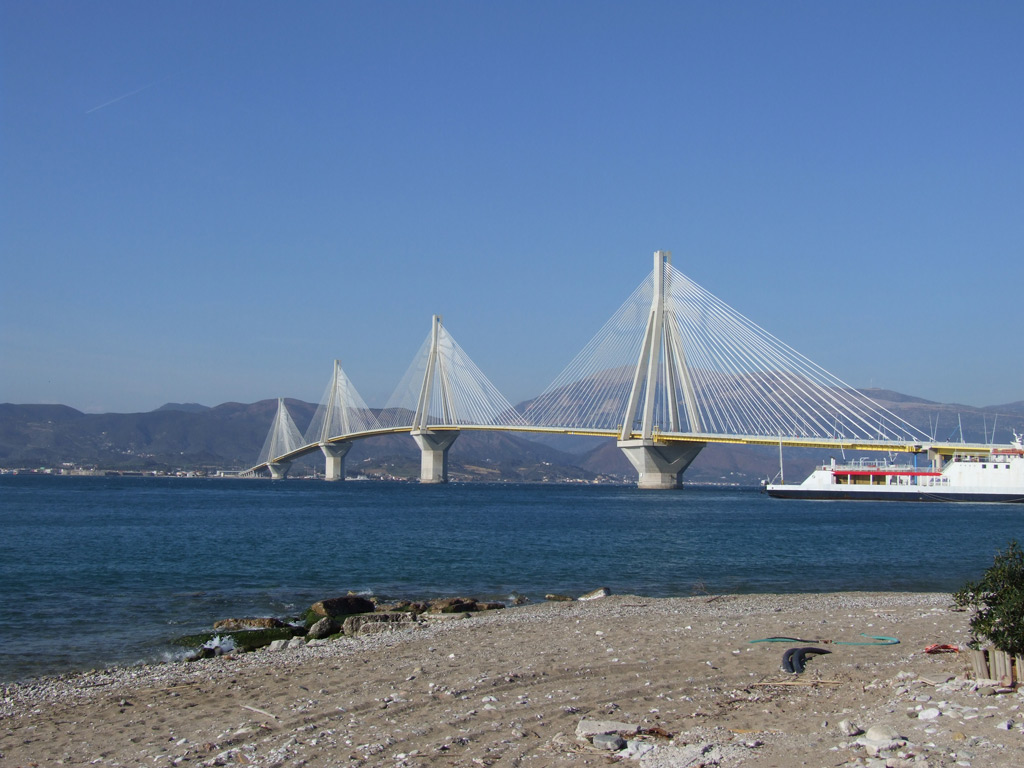 Vladimir visited Daphne’s Club in June 2008 and took the mountain road to Nemea. The whole area is full of vineyards, which produce both the “sultanina” raisin of the Corinthia region and the famous Nemea wines. On the way to Nemea he discovered the obscure archeological site of Ancient Titani. Once famous for its “Askleipion”, Titani is now interesting because of the gigantic walls surrounding it, which stand surprising well after two millenia! In the walls of the adjoining church can be found an ancient marble incsription! To reach Titani head for Kiato, turn towards the mountains and follow the signs to Krioneri. After you reach Krioneri follow the signs to Ancient Nemea. You will find Ancient Titani on the way to Nemea. 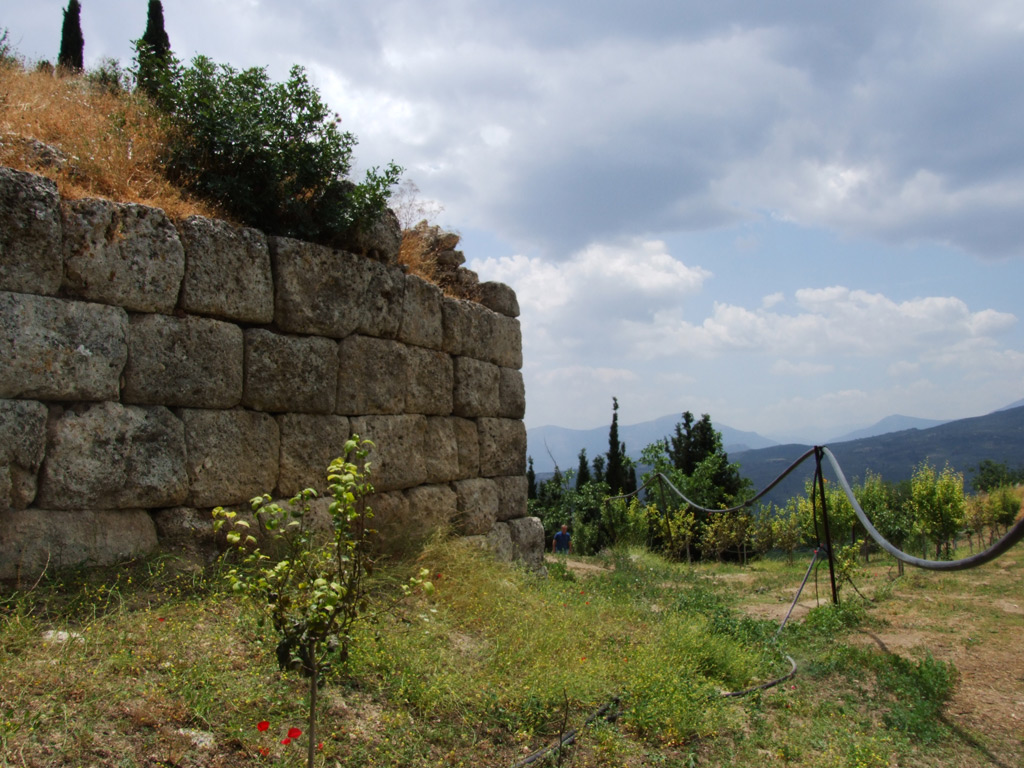 The most recent excavations of Ancient Titani were undertaken in the period 2004-2008 by the Belgian School in Athens. The project’s name was “Titani Revisited“.

Virginia and Iris visited Daphne’s Club in April 2009, with their two dogs. They went for a long walk in the countryside near the village of Rethi. A real revelation apparently, especially as all the flowers were in full bloom thanks to the spring! 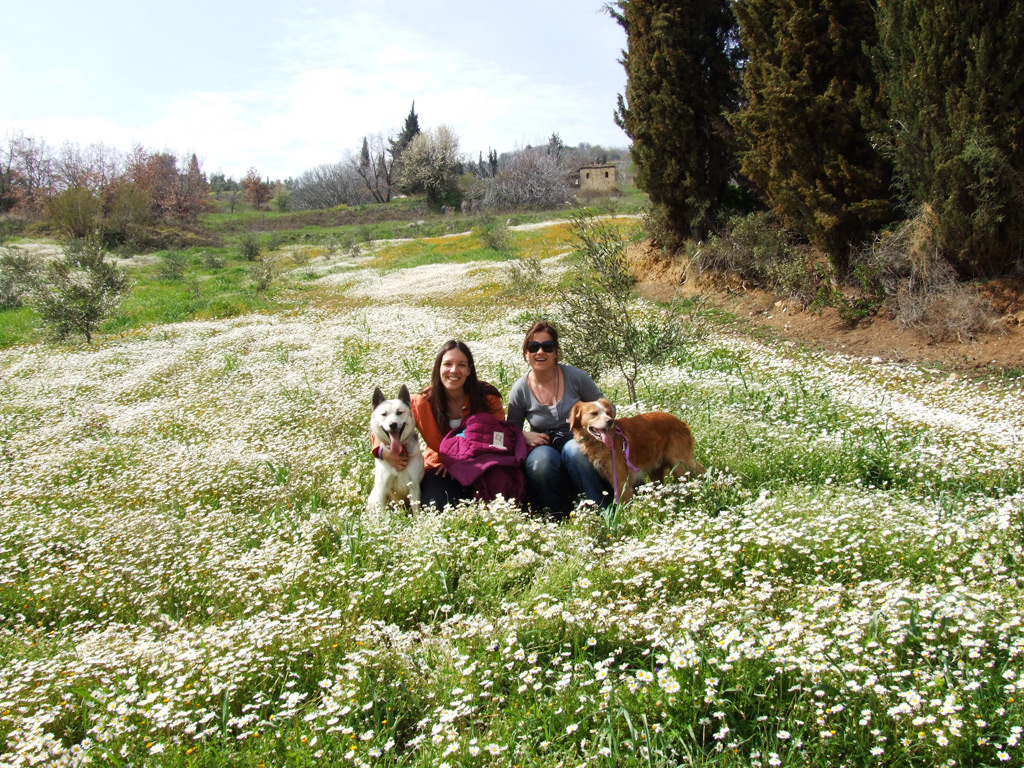 At Daphne’s Club we are really very proud of th excursion we organised in April 2009 for Victor and his Russian police team: rafting at the Lousios river. The excursion lasted a whole day and included a drive through the beautiful village of Karytaina, rafting on river Lousios, trekking along its shores and swimming in natural waterfalls, and a hot dish of traditional fasolada and local red wine to crown it all at the end. A memorable experience trully! 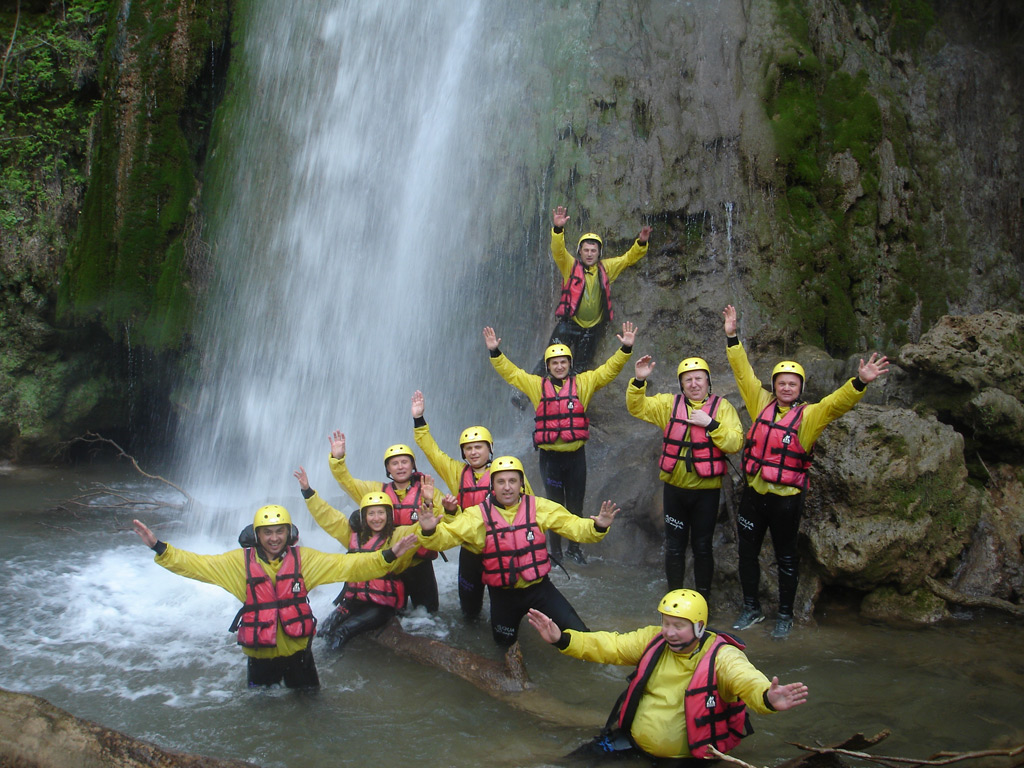 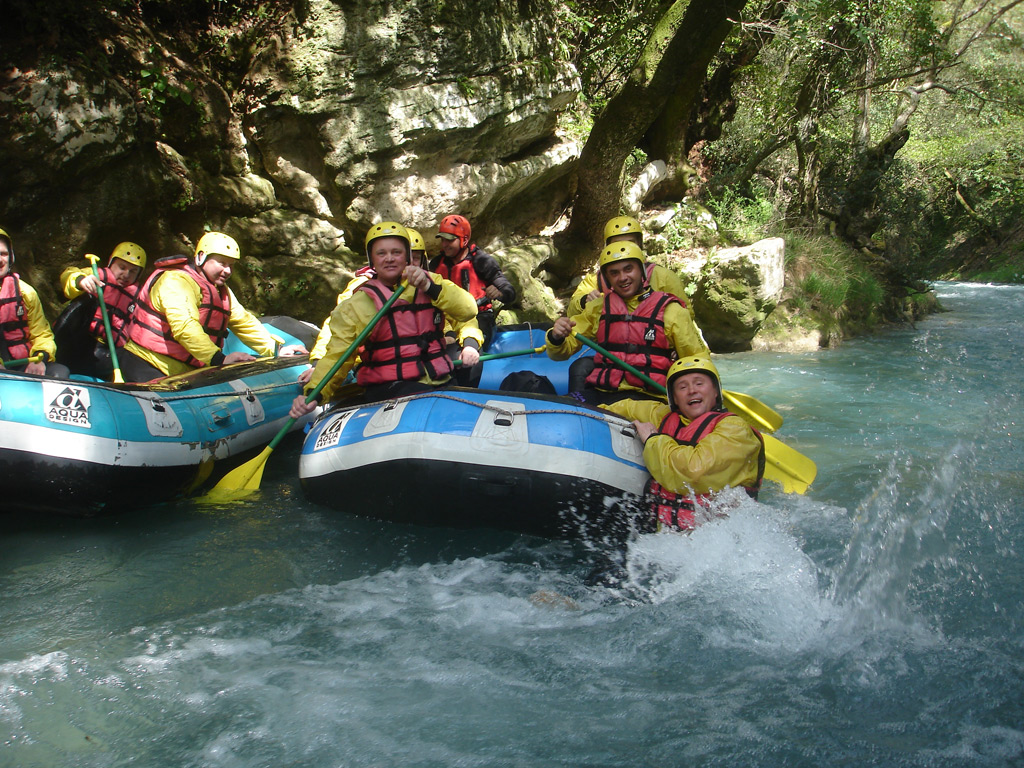 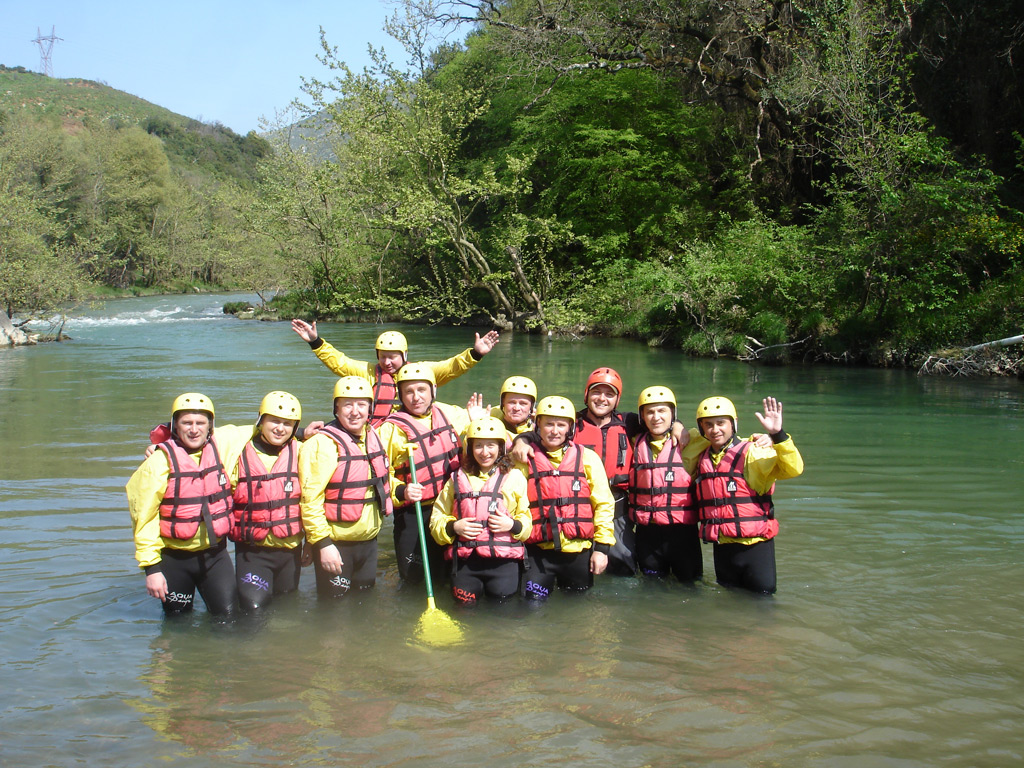 The village of Pyrgos

Friend photographer David Ball visited Daphne’s Club in May 2009 and went for a discovery drive up the mountains of Korinthia. He there discovered this mediaval “castle” (pyrgos in Greek), in the village of Pyrgos. It’s beautiful, isn’t it? 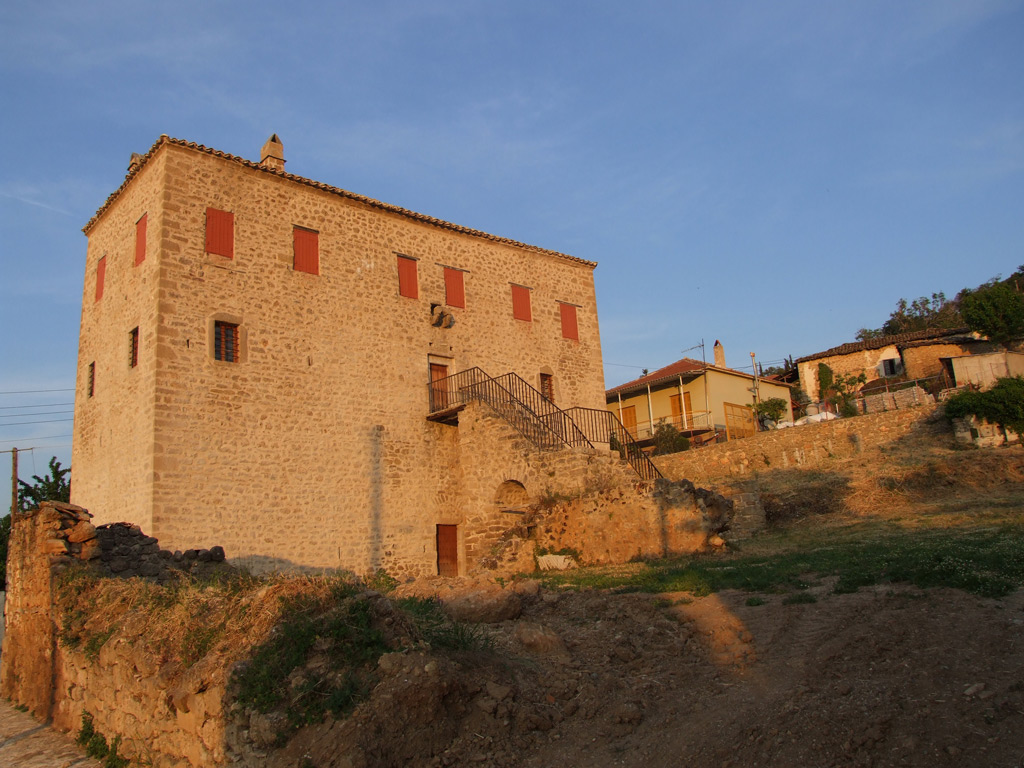 The home of Panagis Tsaldaris

Pyotr, who visited Daphne’s Club in May 2009, discovered in the village of Kamari (where he likes to go for lamb chops!) the home of former prime minister Panagis Tsaldaris (born in 1868). It is a very pretty and very well preserved stone building, worth a quick visit. 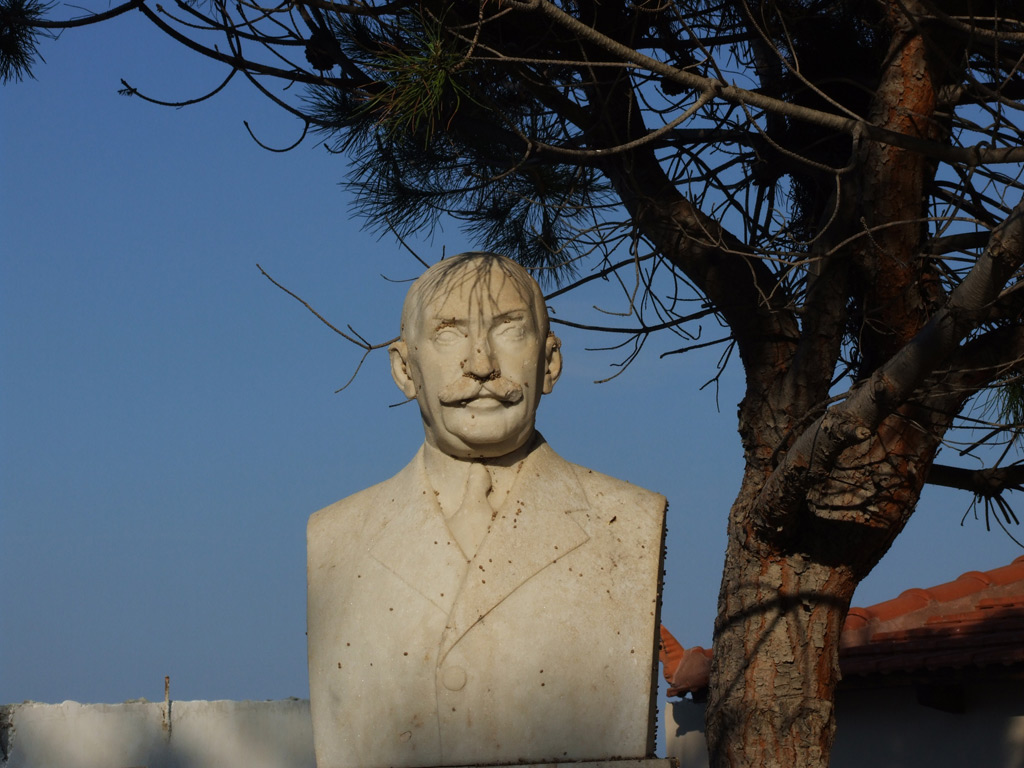 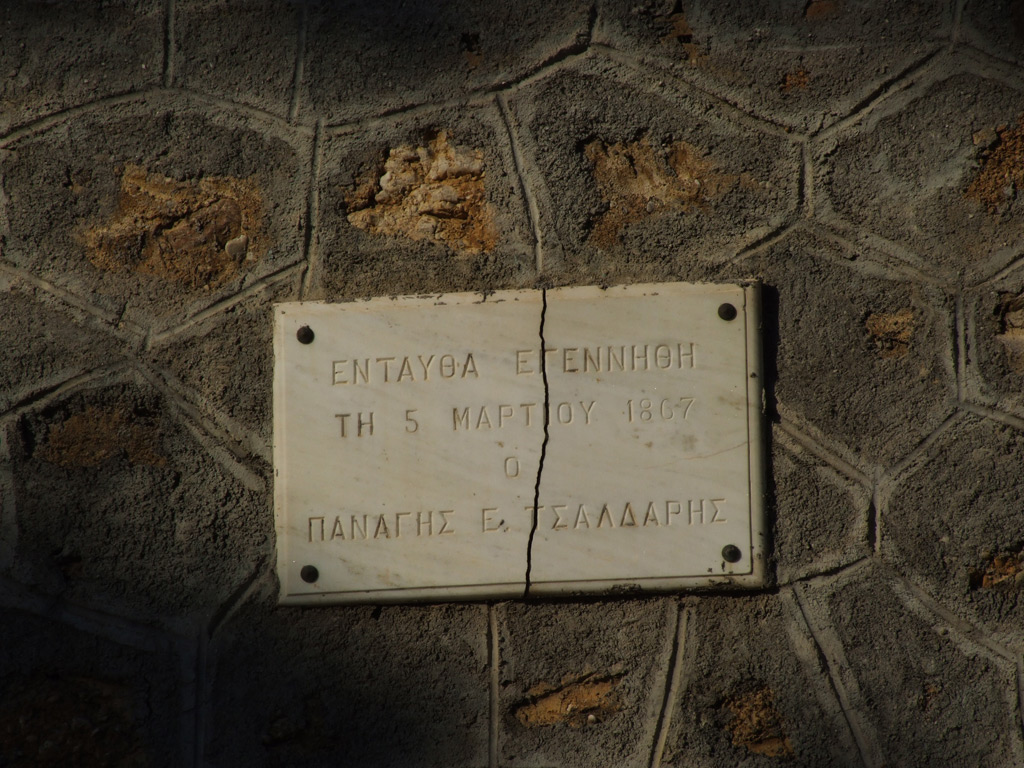 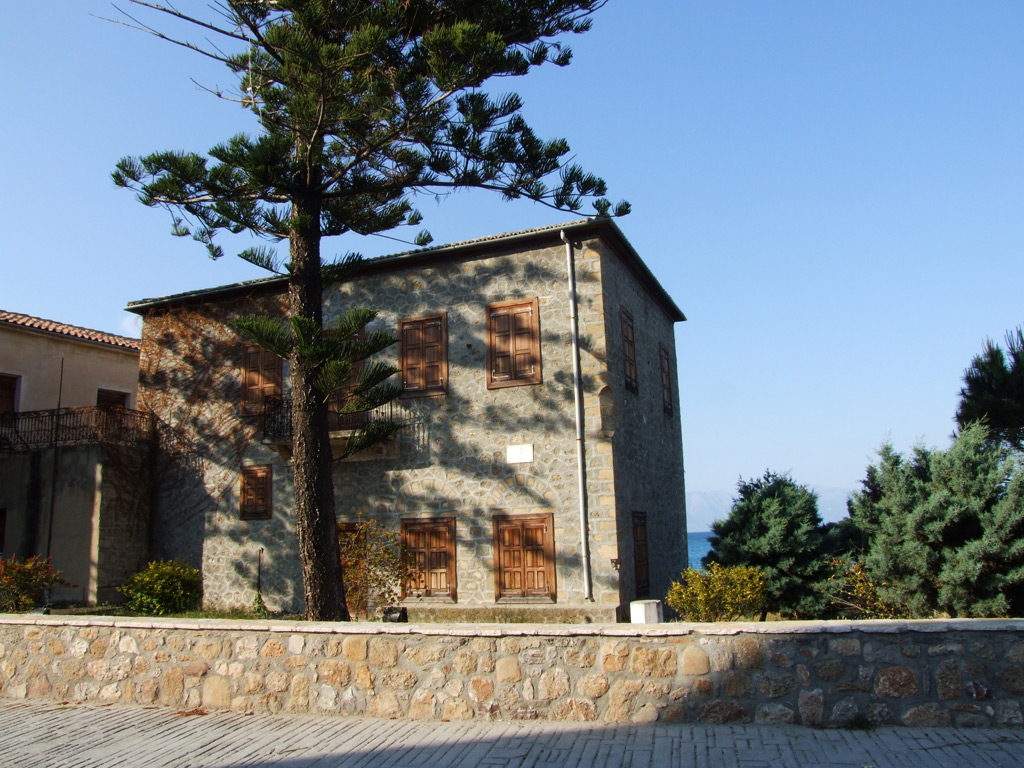 Trip through the Arcadian mountains

Marion and Olivier also sugest a trip through the Arcadian mountains. The villages of Stemnitsa, Dimitsana, Levidi, Vytina, Karytaina and Andritsaina (to name but a few) are extremely picturesque and full of history! 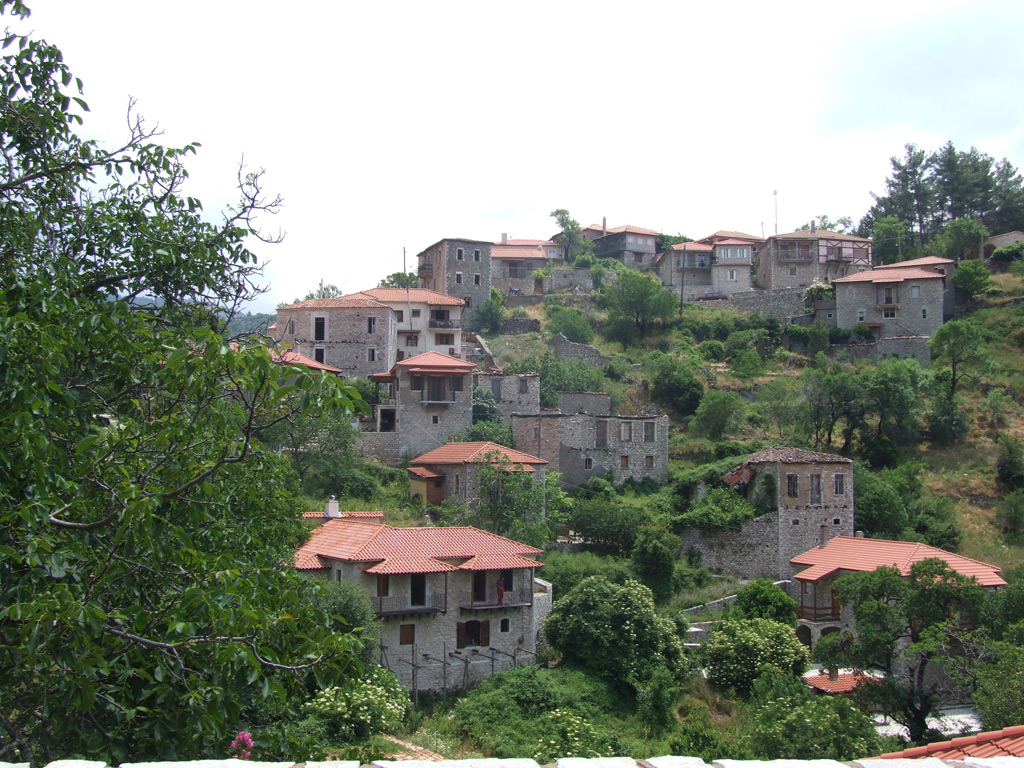 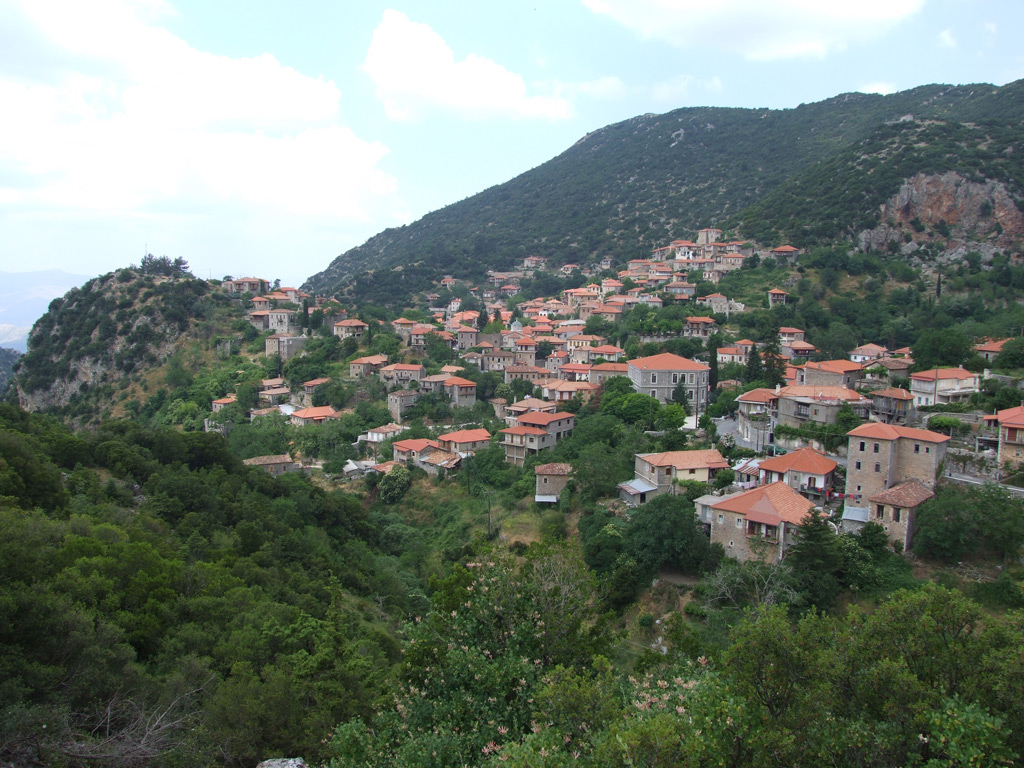