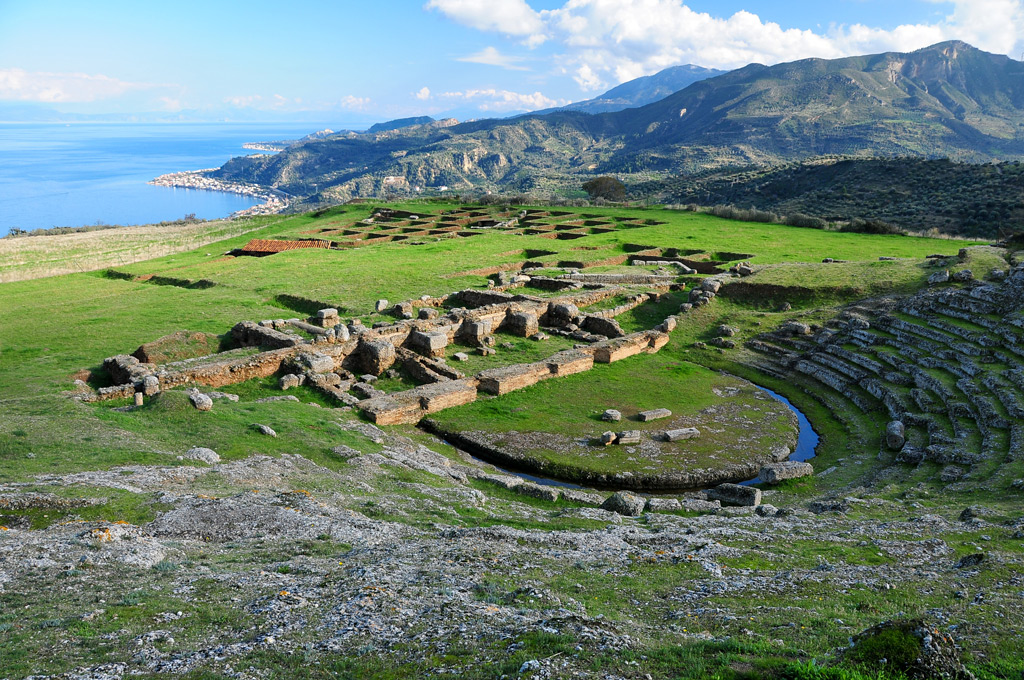 Or how a mountain trip turned into a near disaster!

It all started on a Sunday morning, following a Saturday night with too much Greek cognac… The conversation had revolved around culture, cultural excursions, cultural hotels, promoting culture… It was only natural that once awake I wanted to set off in a voyage of cultural discovery! Fellow hotelier Dimitris Liakopoulos was not only happy to oblige me with his company, but even had a plan: to visit Ancient Aigeira. Now, Ancient Aigeira is not far from Daphne’s Club, some 50 km at most. So we were not in a hurry and left relatively late, after having eaten only a light breakfast of tea and croissants. The plan was to visit the archeolofical site, then go for lunch. That of course was without taking into account my mountain-addiction! Once on the slopes, I was incapable of coming back to the coast! But first things first.

The day was bright and clear and we enjoyed a nice drive along the old national road to Patras, a coastal road lined with beautiful old houses and bordering the sea.

We found the site without too much difficulty (we only got lost once and were rescued by passing … hunters…). The site itself was closed, which we had half expected, but of course that could not daunt us: we simply climbed the fence and in we were, admiring the ancient theatre and the stunning view of the Gulf of Corinth beneath us! See more here .

Having feasted our eyes and senses on the beautiful site, I suggested continuing up the mountain. The views were great, the air was refreshing, there was exactly the right amount of cold (enough to keep us energised, not too much to make us suffer!), so on we went, up and up the mountain, passing semi-deserted village after village.

We were already quite hungry, but no taverna offered itself to us. So up and up we went, getting more and more hungry! We soon reached the point where hunger and tiredness got the better of our wits and we made the wrong decision: hitting the forest roads. Now, you do remember that my car is not a 4X4. It’s a great car, but not one designed to travel on dirt roads, full of mud from the recent rains and remnants of snow from the recent snowing! Nevertheless, that’s exactly were we went and this, I repeat, on an empty stomach! Moreover, it would soon be dark…

I cannot say that we were not warned, because we were. Another pair of hunters in a big Jeep looked at us disapprovingly and positively exorted us to turn back. Our car, they said, would not make it through the mud. But stubborness is a characteristic of the Greek psyche; we are prone to it more than to common sense. So on we went. And then… we had to stop! Stuck in mud, lots of mud! 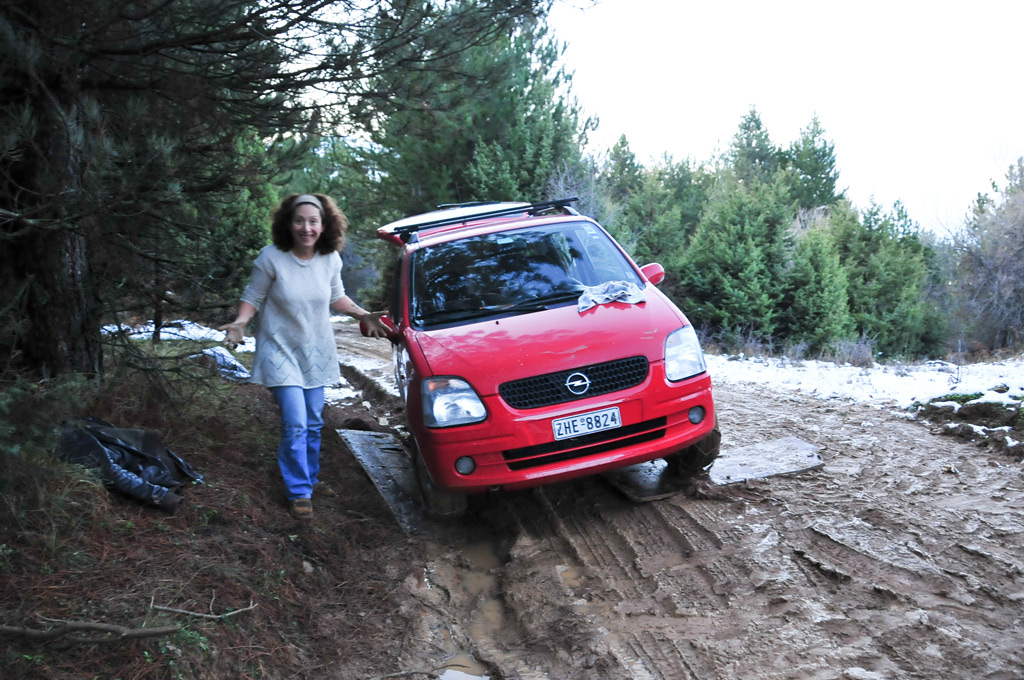 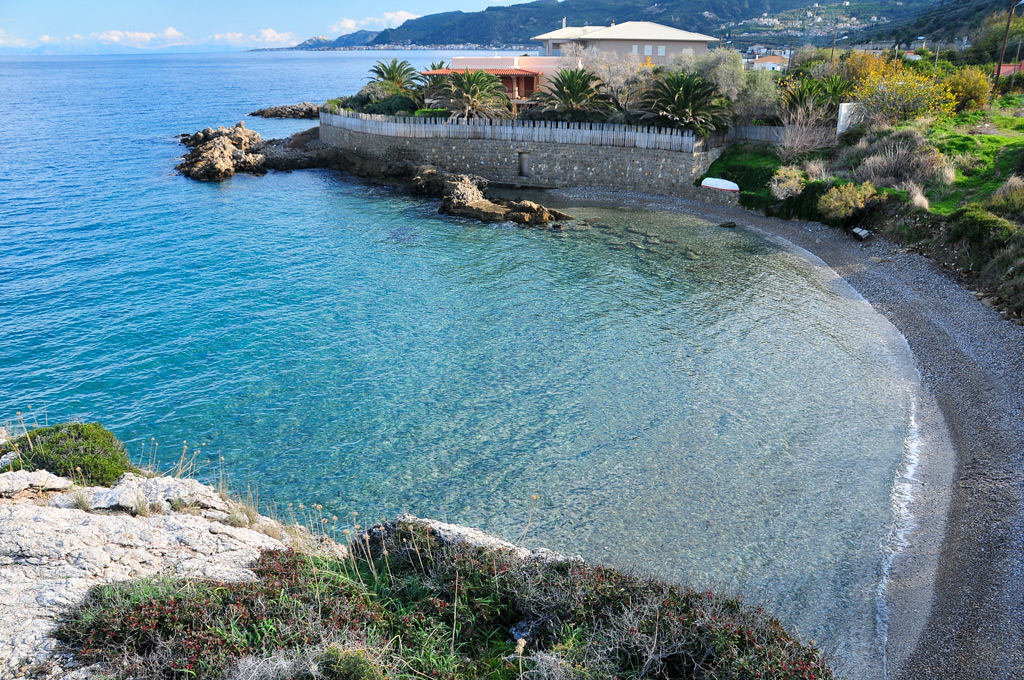 Then followed the desperate effort to get ourselves unstuck before nightfall. Which failed. Miserably. We tried the flat pieces of wood (from a nearby construction site), then the snow chains on the tires (they refused to lock), all the time sliding on the liquid mud and getting ourselves utterly muddy, from head to foot. We consoled ourselves with the thought that mud-therapy is something people pay to received and we were getting it for free! Jokes apart it took us three solid hours to detach ourselves and my car from the mud and get back on a normal asphalt road. And what a relief that was!

By the way, we got no lunch and only managed to get dinner at 11pm… A day of great excitement and hunger!