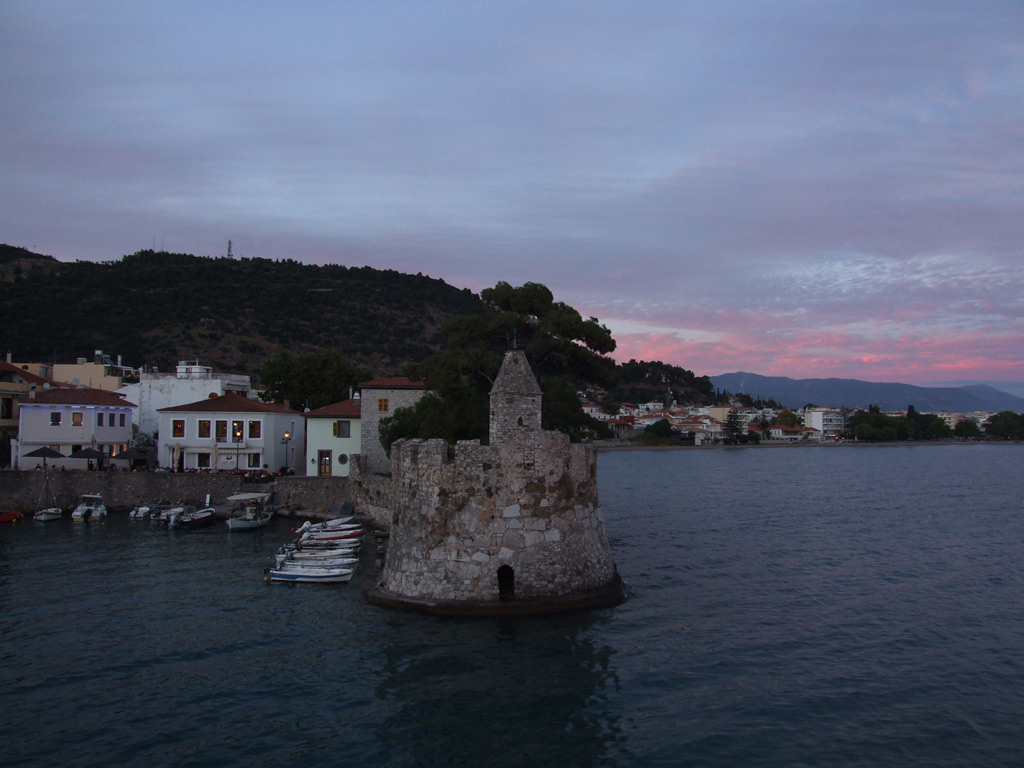 On a cloudy June evening I set out to visit Nafpaktos, a small and picturesque port on the opposite side of the Gulf of Corinth, some 100 km or so from Daphne’s Club.

My curiosity had been awoken by the story of famous Spanish writer’s plight there. In 1570 Cervantes joined the Spanish Armada in Naples and took part in the Battle of Lepanto (a naval battle between an aliance of Christians against the Ottoman empire, which took place outside Nafpaktos), where he was seriously wounded (his left hand was crippled). A small “garden” with his statue commemorates the event.

A nice drive along the main highway linking Sykia to Rio (beautiful pink “pikrodafnes” in full bloom on either side, the sea on the right hand side and an atmospheric semi-cloudy sky towering semi-menacingly on top of us) from where we would cross over to mainland Greece, brought us to the famous “Gefyra”, an elegant suspended bridge crossing the Gulf of Corinth, our very own Megastructure. 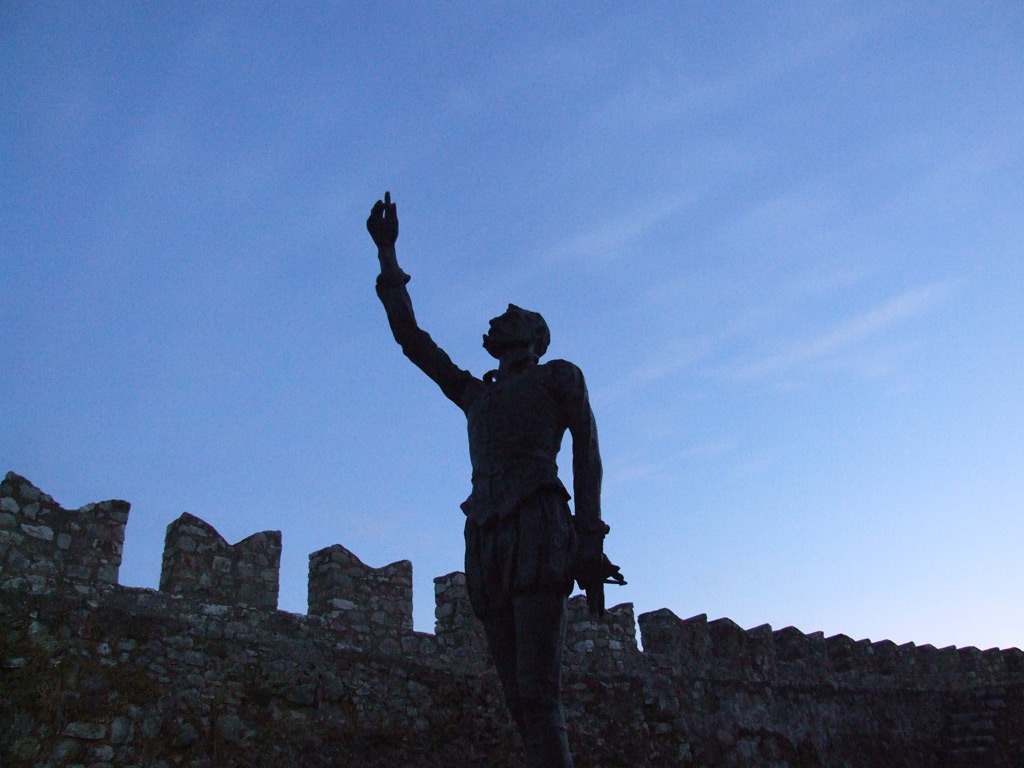 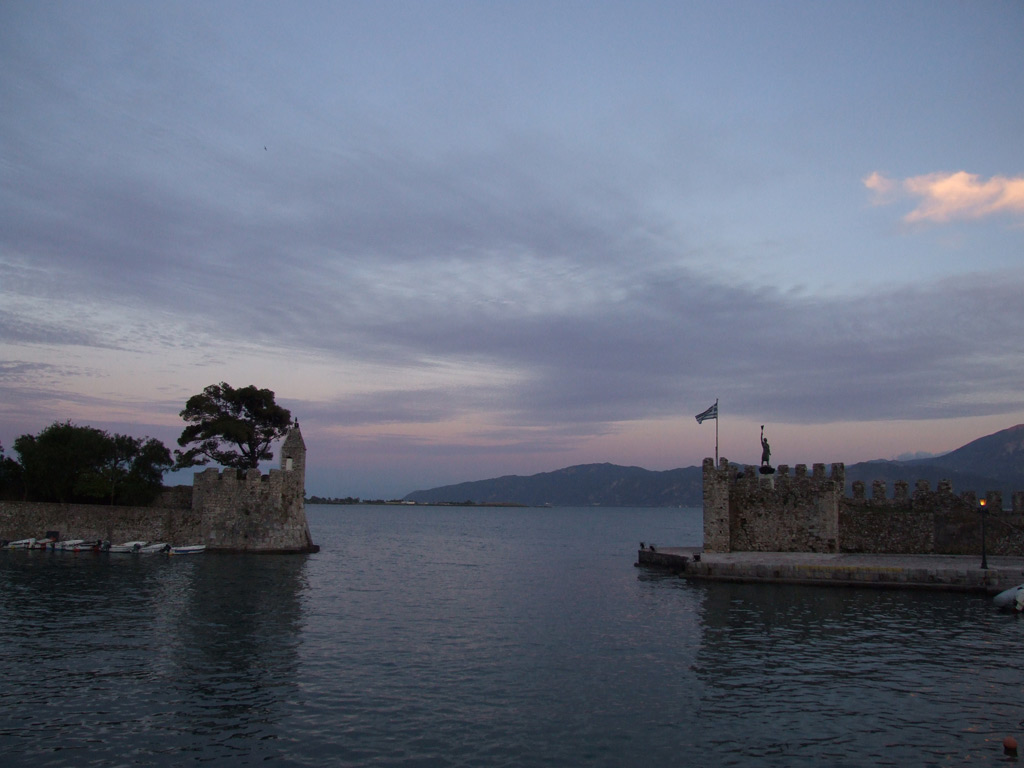 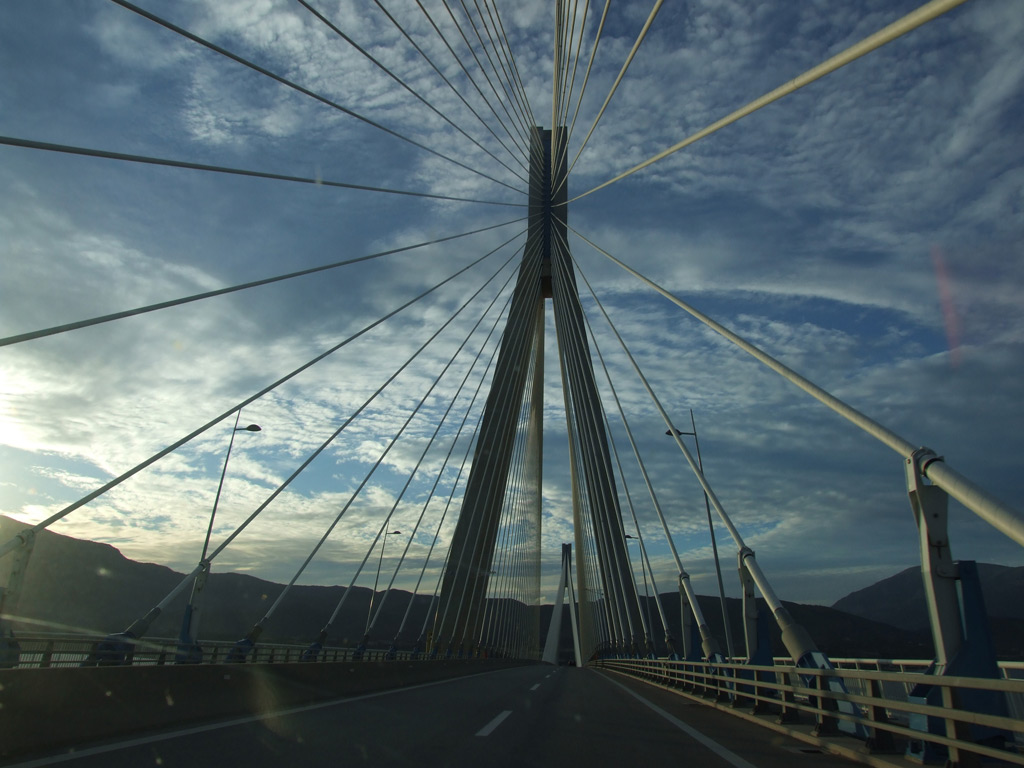 National Geographic‘s documentary on the Rio bridge on youtube:

As the sun set we parked our car in Nafpaktos and set out to discover it. It really is pretty! If you are visiting Daphne’s Club I fervently suggest you spend an afternoon or evening here, strolling under the century-old plane trees on its two seafront promenades or drinking a coffee or a glass of wine in one of the nice coffee places that suround its Medieval stone port. The fortress high up on the mountain is the perfect backdrop for this romantic setting!

After admiring Medieval Nafpaktos we moved up to the mountain behind it. The area is know as “Orini Nafpaktia”, meaning the mountain hinterland of Nafpaktos. It was alpine bliss… Never, I mean never, have I seen such beautiful, unspoilt, lush forests in Greece… The whole area is well watered, by streams, rivers and lakes, which makes for an abondance of trees of various kinds. Not just the usual pines, not even just the equally usual fir trees (above a certain altitude), but all these, plus plane trees, plus cedars and who know what else (my knowledge of flora is pretty limited I admit), a real orgy of greenery! The scents and views were undescribable, plus the villages were all, and I mean all, unspoilt! Pretty, pretty, pretty!